Figures just released by the Cyprus Statistical Service show that the number of building permits authorized by the municipal authorities and the District Administration offices during April 2007 stood at 749.

The total value of these permits reached CYP 139.5 million and the total area 324.5 thousand square metres. These building permits provide for the construction of 1,731 dwelling units.

During the period January – April 2007, 3,286 building permits were issued, registering a reduction of 0.2% compared to the corresponding period of the previous year. The total value of these permits increased by 21.9% and the total area by 13.1%. ?he number of dwelling units recorded a rise of 16.6%.

Building permits constitute a leading indicator of future activity in the construction sector.

In April 2020, the second month during which COVID-19 containment measures continued to apply in Cyprus, 195 building permits were issued; a fall of 62.5% compared to April 2019 according to official figures released by the Cyprus Statistical Service. The total value of these permits fell by 89.1% and their total area by 77.1%, reaching €81.1 million 62.3 thousand square metres respectively. These building permits authorised the construction of 339 new homes, a fall of 54.3% compared to the 742 authorised in April 2019. During April 2020, the 195 permits were authorised for: Residential buildings – 145 permits Community residences – 1 permit Non-residential buildings – 20 permits Civil engineering projects – 12 permits Division of plots of land – 14 permits Road construction – 3 permits Building permits for new homes The 145 residential permits provided for the construction of 339 new homes (dwellings). These...
Read more
News 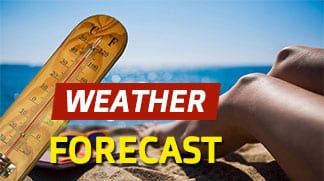