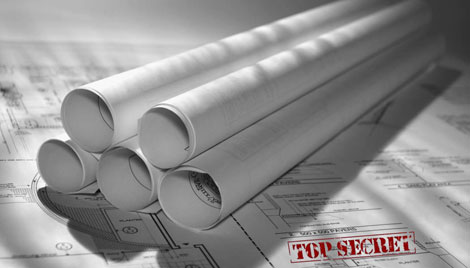 THE FOLLOWING article in the Sunday Mail caught my eye. It almost seems as if some of the authorities in Cyprus are keeping information about property developments ‘secret’; away from the enquiring eyes of the public.

In my previous life I served as a local councillor and spent a number of years on the Council’s planning committee. Many members of the public attended our meetings where they asked questions about what developments were planned for our area. There was a separate planning information desk in the Council offices available to the public, that was manned during office hours. Furthermore, details of all planning applications were available on-line and available to anyone around the world.

If the Peyia Municipality can afford to spend €2,000,000 this year (a third of its budget) on its local football club and their stadium on top of its €250,000 annual grant, and €94,328 as an extra bonus to a former inspector of the Development Council who retired in 1994 at the age of 60, perhaps it could invest some money into improving the services it offers to the general public?

MUNICIPALITIES refusing to disclose information about planned development projects to interested citizens are breaking the law, ombudswoman Iliana Nicolaou has said. Nicolaou looked into the matter after a number of residents of Peyia complained that local authorities were not forthcoming with such information.

The right of access to public records is enshrined in the Constitution, and also spelled out in laws pertaining to the Department of Town Planning.

When Peyia residents wanted to find out whether a plot of land adjacent to their property was slated for development, they were apparently told that this information was on a ‘need to know’ basis.

Remarkably, protection of privacy was one of the reasons cited by the municipality in restricting access to this data.

But the ombudswoman also discovered a more mundane reason, namely, that the municipality lacked the resources or manpower to properly maintain an archive.

Whenever information was provided, this was done verbally. But when someone asked to actually see documents, he or she was told to visit the developer, who keeps the originals.

In his response to the ombudswoman, the mayor of Peyia offered this explanation: “Our municipality is inundated daily by a plethora of Britons, Frenchmen, Russians, Germans, Swiss etc, who introduce themselves as buyers, owners or tenants asking for information and copies of construction permits…

“To this end, and in order to decongest the various services… the board of the municipality has decided to provide oral information only to those who furnish proof that they are indeed owners of real estate“.

And the best part: “We feel that the board’s decision is intended to reduce time-wasting… due to the fact that various people visit the municipality asking for plans and information which, most of the time, do not relate to their own properties but are merely enquiries about other developments which are of interest to them.“

While acknowledging that practical difficulties may exist, the ombudswoman said this does not constitute adequate grounds for the municipality’s lack of cooperation.

In her opinion, anyone with a legitimate interest in a land development is entitled to this information, “even if that individual is not directly affected.“

“While not underestimating the lack of staffing or the workload of Peyia municipality, these problems do not justify such practices, which are characterised by a lack of transparency,” she noted.

All municipalities, she said, should have in place a comprehensive archive with copies of construction permits, architectural plans and the terms and conditions of land plots earmarked for development. This information must be made readily available to anyone upon request.

Permits for the construction of new homes in Cyprus fell by more than a half during April; the second month during which the COVID-19 containment measures continued to apply.
Read more
News