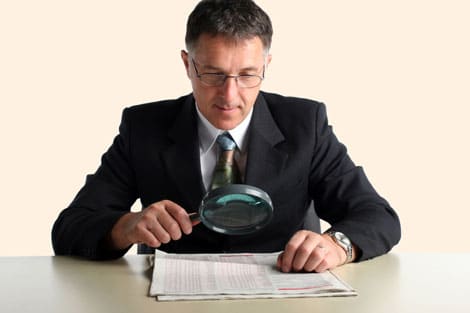 ALTHOUGH increasing numbers of Cypriots are buying property, the lack of sales to foreign buyers continues to plague the island’s beleaguered property industry.

Lower demand from abroad is putting a downward pressure on prices and forcing developers to lay off staff. Many industry pundits are extremely concerned about the situation and have been voicing their doubts over the future of the sector, particularly if the Cyprus economy fails to grow in the coming months.

Property is the second largest business sector in Cyprus employing more than 40,000 workers and generating some €1.2 billion a year in foreign currency. According to a report last month 2,500 dismissals have already taken place in the construction sector and the chairman of the Cyprus Contractors Federation, Sotos Lois, is afraid that the number of unemployed in the industry could reach 20,000 in 2010.

The latest figures published by Cyprus’ Lands and Surveys Department reveal the extent of the situation.

In the month of September, only 173 properties were sold to foreigners island-wide according to the sale contracts deposited at the Land Registry. Compared to the 574 sold in September 2008, this represents a drop of 70%.

As the Cyprus Lands and Surveys Department figures does not categorise the types of properties being sold, the figures above include sales of agricultural and building land, industrial and commercial properties as well as residential properties such as villas and apartments.

Britain accounts for some 50% of all the foreign buyers. But the economic pressures at home, the Sterling/Euro exchange rate and media revelations about the many ‘property scams’ have deterred many of them from buying property in Cyprus.

These days, British buyers are being far more cautious with their money. They have less confidence in property developers and off-plan deals and are looking for “safe” markets. They are also looking for higher quality for lower price.

Many Britons who have retired to Cyprus find that they can no longer afford to live on their pensions and investments. The rising cost of living in Cyprus coupled with Sterling’s reduced buying power has resulted in many of them selling up and moving back to the UK.

But the increased value of the Euro is helping in this respect. It means that they can sell their property for the same or less than its original Euro or Cyprus Pound purchase price and still make a profit on the deal. It’s been reported previously that Nicosians have been buying up these “distressed” sales.

Others are selling up too. Buy-to-let investors who were conned into believing that Cyprus has a very strong rental market and those who can no longer afford to keep up their mortgage repayments due to their financial situation. Some of these are selling to ‘vulture fund’ companies while others are offering their holiday homes for sale at BMV (below market value) in efforts to attract potential buyers.

The situation is causing much angst amongst the developers of holiday homes who are coming under increasing pressure to reduce prices to remain competitive. One company is advertising a 30% discount on some of its properties (although it appears that this is closer to a 10% reduction on the advertised selling price of these properties at the start of the year).

The lack of an authoritative home price index means that it is impossible to provide an accurate assessment of current residential property prices in Cyprus.

The only publically available source of information is the ‘declared sales price’ for properties whose Title Deeds have been transferred by the Land Registry. This is the price paid by the vendor as stated in the contract of sale.

Although these declared sales prices do not translate automatically into lower property prices, they may provide a good indication of an overall downward trend.

But please note that the figures above include the transfers of agricultural and building land, industrial and commercial property as well as residential property such as villas and apartments.

Tax receipts resulting from the sale and acquisition of property are down by more than €200 million so far this year compared to last, causing major headaches for the government.

Cyprus’ budget deficit is approaching the European Union limit of 3 percent of gross domestic product (GDP) and the Cyprus government is doing all that it can to avoid EU Supervision. It has taken action to accelerate VAT payments, which it hopes will add a temporary benefit of €50 to €60 million or 0.3% of GDP to state coffers.

The government’s much vaunted ‘town planning amnesty’ proposed by Interior Minister Neoclis Sylikiotis should provide the state with between €100 million and €120 million for every 10,000 titles and transfers completed.

The Minister hopes that 20,000 titles and transfers will be completed by the middle of 2010, resulting in a further inflow of some €200 million to €240 million into the state’s coffers.