Dark days ahead for Cyprus 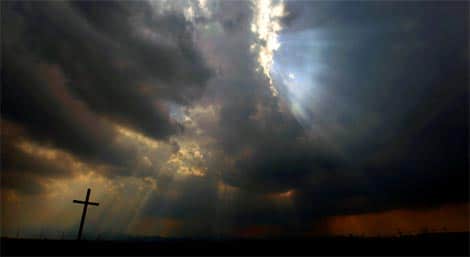 A SLOW economic recovery in 2010 and 2011, with Cyprus lagging behind the EU average in both years is envisaged by the European Commission (EC), setting the scene for “the structural adjustment of the economy”, according to its autumn economic forecast issued in Brussels yesterday.

It expects that “private consumption growth is likely to be subdued” despite nominal wage growth above inflation and cheaper debts as interest rates fall, “due to a high household debt burden, tight financial conditions and downbeat consumer sentiment in an uncertain environment.”

The report also contains a stark warning on wages growth, saying that “the disassociation between wages and developments in productivity is undermining the competitiveness of the Cypriot economy.”

The EC is not optimistic about the housing market’s future contribution to investment either: “given the economic outlook in Cyprus’ main trading partners, foreign demand for dwellings by non-residents should remain weak. Domestic demand for housing and activity in real estate is also expected to stay subdued.”

Finally, although various infrastructure projects promoted by the government should support investment somewhat, the report says they are unlikely to be sufficient to fully offset the impact of the contraction in housing on total investment.

The EC’s economists forecast that Cyprus’ gross domestic product (GDP) will decline this year by 0.7 per cent, reaching 0.1 per cent growth next year and 1.3 per cent in 2011.

Meanwhile, they estimate that the fiscal deficit will reach 3.5 per cent of GDP by the end of this year – “due to both lower than anticipated revenue and higher-than-planned expenditure” – climbing to 5.75 per cent in 2010. Unless there is a change in policy, the EC is forecasting a 6.0 per cent budget deficit for Cyprus in 2011.

The government’s Draft Budget Law for 2010 has set a deficit target of 4.5 per cent of GDP, based on an estimated deficit for 2009 of 2.9 per cent. However, the EC said that “although the Draft Budget mentions a series of supplementary measures that could be taken during the course of the year as a means to restrain the budgetary deficit in 2010 below 3 per cent, they are not accounted in the budget target.”

The “supplementary measures” announced by Finance Minister Charilaos Stavrakis refer to recovering tax arrears and combating tax evasion, boosting duties on a one-off basis via the Title Deed “amnesty”, freezing public sector employment for the next 18 months and improving the state’s cash management.

Taking both forecasts into account, it is likely that Cyprus will come under EC supervision by spring 2010 and will be required to follow the excessive deficit procedure (EDP), along with 13 other eurozone countries.

Inflation is expected to be 0.8 per cent at the end of this year, reaching 3.1 per cent in 2010 before dropping back to 2.5 per cent the following year.

The EC expects unemployment to continue growing – “especially in the labour-intensive sectors” such as construction – from 5.6 per cent this year to “historically high levels” of 6.6 per cent and 6.7 per cent in 2010 and 2011.

In terms of analysis, the EC puts the economic slowdown in Cyprus down to “an adverse external economic environment, high household indebtedness together with tight lending conditions, restructuring corporate balance sheets and deteriorating confidence”, which all weighed on growth.

Its report said that “the crisis has also highlighted the accumulation of a high external [trade] imbalance, a particularly oversized housing sector and competitiveness losses”, adding, “these factors set the stage for the structural adjustment of the economy”.