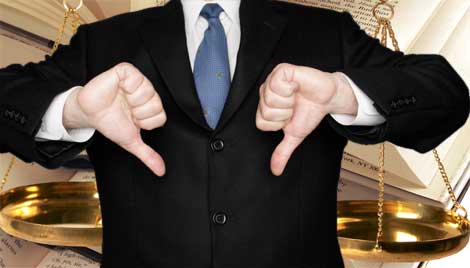 LAST month, the Greek language newspaper Politis published an article containing the opinions and proposals of the legislative committee of the Cyprus Bar Association for an effective solution to the long-standing Title Deed problem. The committee opposed the Government’s proposed legislation unanimously!

The English translation of the article below has been provided by one of Cyprus’ leading legal firms:

“It is recognised that there is a serious problem in the delay of issuance of Titles of immovable property; therefore the Ministry of Interior prepared three amending bills (the amendments).

The amendments have been examined by the legislative committee, who set out the below opinions/suggestions made by President Doros Ioannides and the members Adamos Hadjichristodoulou, George Pittatzis and Andreas Georgiou.

There is concern that the amendments will not solve the problem, but add to it.

The Land Registry is the safest system for designating boundaries and safeguarding immovable property that no other country in Europe has, apart from Germany.

However its operation is frustrated as it has escaped its real purpose. Bureaucracy has stopped it from adapting to the increasing demands of the market, resulting in its current situation.

The philosophy behind the Land Registry was to map the island, designate boundaries of each piece of land and to register the owners as to undisputed boundaries or ownership which is most significant for the security of ownership in civilised communities.

Despite a few mistakes, we have had great results with the Land Registry. The problems arose with the complicated procedure of the subsequent division and issuance of separate Title Deeds for buildings and their units on a particular piece of land. The approval procedure involves architectural plans, town planning permission, building permission, certificates of final approval, parking space provisions, common areas, as well as the involvement of many government services from which applications would pass through. This in itself is complicated, difficult and time consuming.

In the cases where the structure consists of many units for each of which a separate Title Deed must be issued, the procedure is even more problematic especially if a problem appears in one of them.

If, say, in one unit the unit beneficiary carried out a prohibited construction e.g. converting the veranda into a room, then the Certificate of Final Approval would not be issued. If the act cannot be legalized then the Title Deeds for every unit will not be issued. If the act can be legalized then an application for the permission of converting a veranda will have to be submitted and the case will have to be re-examined by all the authorities.

If in the meantime some other unit beneficiary carried out a prohibited construction the previous procedure stops and a new one starts from the beginning.

When and if the procedure ever finishes and the Certificate of Final Approval is issued, then a new and unnecessary procedure for the division of the building and of issuing separate Titles for each unit starts from the beginning; for the issuance of the permit to divide the property in separate units.

And if in the meantime another prohibited construction is carried out the whole procedure is stopped and started from the beginning.

If the action for example of building a wall is against the regulations or the law, the guilty party will be liable to court proceedings or a long procedure for relaxation will have to begin.

If finally all the above procedures finish, then a new episode stars with the Land Registry for the issuance the Title Deeds. For this an application to the Land Registry will have to be submitted for registration of the new units which are covered by the said permit to divide.

The Land Registry to proceed to registration will have to carry out its own on-site searches and checks.

Meanwhile if another violation has been committed, the whole process is suspended until the violation is legalized.

All these procedures are time consuming and in many circumstances result to separate Titles not being issued.

Because of the above along with the boom of developing in the past years with sales to foreigners, we are at a deadlock.

We will not be able to solve the problem if these unnecessary procedures persist.

In other countries this problem does not exist. Once the erection of an apartment construction is completed, separate Title Deeds are issued the following day.

We have the best system in the world so then why can we not issue Title Deeds? Because we didn’t understand nor apply the philosophy of the Land Registry and we are in a standstill because we got carried away with minor things like verandas, bedrooms, extensions.

The logic behind the Land Registry is two fold. Firstly, the survey of the immovable property and the definition of its boundaries and secondly the security of the ownership by the creation of a register of owners as to eliminate doubt.

Unfortunately the proposed amendments do not adopt the above logic and escape from the said purpose of the Land Registry. For this reason the amendments will not only not solve the problem but complicate the system even more.

The solution is very simple, as long as we have courage, are honest about the reality and understand/agree with the philosophy of the Land Registry being the security of ownership (by Title Deed) and of boundaries. If someone converts his veranda, adds a room or builds a wall, this is an issue that can be solved easily with other procedures.

If a business man owns an apartment in a building, which has Title Deeds, illegally adds another storey, the Title Deeds of the other units will not be affected. So why are they affected if one of the fifty residents builds a pergola or a garage?

The purpose of all the examples mentioned above, was for the extent of the problem to be understood and to show that the procedure of obtaining Title Deeds and the amendments go against the logic and philosophy of the Land Registry.

The solution is simple. When a structure is finished and the ownership and boundaries are not doubted, then Title Deeds should be issued immediately.

For this to happen, some small amendments need to take place in the Streets and Buildings Regulation Law, Cap.96 and in the Immovable Property Law, Cap.224 in the spirit of the philosophy of the Land Registry.

If on an immovable property a block of buildings is constructed, comprising of 3 floors, 30 apartments, 10 shops and 10 ground floor dwellings, certificates of final approval can be issued for every individual unit which has been built according to the to the building and planning permits and so to immediately register it and issue a Title Deed at the Land Registry without new permission applications, certificates for approval and other time consuming, never ending and unnecessary procedures.

For the units that were built illegally and to which certificates of final approval are not issued, the appropriate authority will take legal action for compliance against the owner of land and every affected buyer of the unit and when the problem has been solved, then to proceed to issue a Certificate of Final Approval followed by the registration and issuance of Title Deeds.

The legislative committee of the Cyprus Bar Association is ready and willing to conduct legal drafting and wording of the amendments that are needed to solve the problem from the root and will be at the disposal of the government and the appropriate Minister.

It is therefore our recommendation with all respect, to oppose the three amending bills which will lead us into a labyrinth without solving the problem as has happened with Law 229(I)/2004 which had the same purpose but remained a dead letter.

If our suggestions are taken on board then very simply and soon the problem of many decades will be solved. Hundreds of millions of Euros will be collected by the government. Thousands of buyers will be secured and will only be too happy to pay the transfer fees. Cyprus’ image will be restored internationally and we can claim justly to have the best system of securing ownership in the world.

The above suggestions was prepared by the President of the Cyprus Bar Association Doros Ioannides and members Adamos Hadjichristodoulou and Andreas Georgiou and is supported and adopted by the rest of the committee members Costa Hadjioannou, Monica Sofocleous, Laris Vrahimis, Frangisos Hadjhannas, Melina Karaolia, Elena Nikolaidou and Mary Terpsopoulou.”