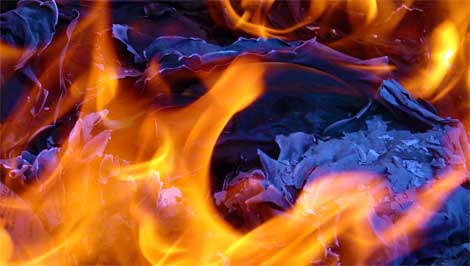 DRAFT legislation to deal with the estimated 130,000 unissued Title Deeds fails to “grasp the nettle” of the issue as it does not address in any way the main issue of developer mortgages, a leading property action group said yesterday.

In a statement to be circulated today to British and Cypriot MEPs – a copy of which has been obtained by the Cyprus Mail – the Cyprus Property Action Group (CPAG) contends that the government’s proposed legislation currently before the House Legal Affairs Committee “in effect is merely an amnesty for developers who have failed to adhere to planning/building permits issued or even built illegally without these permits”.

Consequently, it fails to address the main problem of “developers taking mortgages on properties they have also sold to unsuspecting buyers”. Buyers then “wait years to obtain Title Deeds and stand to lose their homes should the developer go bust and if the buyers cannot then pay off ‘their’ portion of the mortgage”.

After arguing that successive governments have “totally abandoned” enforcing the Completion Certificate law “which is designed specifically to protect buyers and the integrity of the planning system”, the CPAG statement also says that by creating three categories of Title Deed “the proposed legislation in our view also seriously undermines the rights of the buyers who may be subjected to the effects of such provisions.”

In CPAG’s view, anything less than a complete or clean Title Deed in practice would prevent a buyer from selling a property or taking out a mortgage. Since Article 23 of the Constitution (Property Rights) guarantees every owner the right to dispose of their property, CPAG considers “this particular amendment as being totally unconstitutional”.

“The Government could appear to be colluding with dishonest developers to breach bona fide sales agreements through their ability to apply for these inadequate types 2 and 3 Title Deeds.”

The statement also quotes a press announcement issued by the Cyprus Bar Association a month ago, which said that “there is concern that the amendments will not solve the problem, but add to it”, and recommended opposition to the three amending bills.

CPAG accuses the Cyprus government of “consistently misleading” the UK government and the EU – which have applied pressure for a resolution to the problem – by suggesting that the proposed legislation represents “action to address the serious issues raised by these bodies.”

The statement concludes: “Sooner or later they will have no choice but to address the issue of developer mortgages. The question is: just how much damage to the economy, the image of Cyprus and people’s lives will have been caused before the Government shoulders its responsibilities?”

The Cyprus Property and Landowners Association (KSIA) President Yiorgos Strovolides told the Cyprus Mail yesterday that KSIA, which has worked closely with CPAG in assessing the government’s proposed legislation, “in general agrees on the substantial points” made by CPAG.

Strovolides said that ”the government is trying to do something about a huge problem. The positive thing is that they acknowledge that the problem is there. It’s criminal that successive governments have let the problem reach this point.”

The new reality since the lockdown in Cyprus is that all sectors of the real estate market have come to a standstill and many transactions already agreed in principle or even midway through have been frozen or postponed.
Read more