Home Articles Another annus horribilis for Cyprus in 2010
Articles

Another annus horribilis for Cyprus in 2010 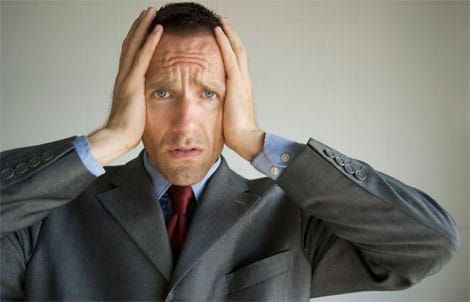 WITH more foreigners selling property than buying, lower investments in construction projects, steps being taken to prevent ‘creative accounting’, warning bells from the Central Bank and rental returns being rated as ‘very poor’, 2010 looks like being another very bad year for Cyprus and its property industry.

Foreigners selling up and leaving the island

An article in Stockwatch yesterday admitted that “The number of foreign sellers could have been larger if there wasn’t for the problems with the title deeds.”

The high numbers of non-Cypriots selling up and leaving the island has increased the number of holiday homes on the market, adding to the mountain of unsold properties on the Island.

Developers have now turned their attention to the domestic market and have been forced to offer discounts to buyers in frantic attempts to offload thousands of unsold properties in the once popular tourist areas.

LAST week, the Cyprus Statistical Service announced that the number construction projects for which building permits had been issued during the first eight months of 2009 fell by 7.6% compared to 2008.

This followed a drop of 6% in the first eight months of 2008 compared to 2007. (Building permits are indicative of future trends in construction activity).

The slowdown in construction has already led to some 2,500 dismissals in the holiday home sector according to Sotos Lois, the Chairman of the Cyprus Contractors Federation. He has also warned that 20,000 workers in the property industry may lose their jobs.

In a recent survey of the construction sector carried out by Stockwatch, 40% of companies said they will be dismissing staff, while just 5% said they would be hiring new employees. Their most significant problems are cooperation with the state services (reported by 57.1%), the lack of liquidity (reported by 52.4%) and the expensive cost of borrowing. Furthermore, 47.5% reported that the lack of sales was also a major problem.

In its latest 6 monthly bulletin, the Central Bank of Cyprus said that property prices dropped 8% during the first three months of 2009 (although it is unclear how it has arrived at this figure following the sudden demise of the BuySell Home Price Index earlier this year).

UK buyers have less equity at their disposal, partly due to the weakness of sterling, and so they are now looking for higher quality at a lower price. Spain is now regarded as Europe’s new “bargain” distressed sales destination.

SOME weeks ago the Central Bank of Cyprus issued a circular that instructed banks to register new loans granted for the restructuring of existing ones to prevent what it called their “fictitious restructuring of loans”.

Apparently, this circular was as a result of the banks rescheduling developers’ mortgages that are in default to avoid them having to be classified as Non-Performing Loans.

Many developers are barely keeping their heads above water (two have already collapsed). What will happen when the Cyprus banks start Non-Performing Loan recovery procedures against developers after 90 days, as required under the Basel II accord, is anyone’s guess. They could, for example, recover and auction defaulting developers’ assets in order to recover the debt.

According to Dr Alan Waring, an international risk management consultant, “To liquidate the recovered asset, the banks are likely to auction the property at a knock-down price, thus precipitating a sharp price adjustment in the market as the number of properties will be significant”.

How much money is likely to be involved? It is difficult to say – but according to its latest 6 monthly bulletin, the Central Bank said that one out of every five Euros that has been loaned to businesses in Cyprus went to companies in the property sector.

IN a recent move, which seems designed to prevent the false reporting of annual accounts, the Central Bank has issued new directives requiring the banks’ audit firms to inform it of anything that might affect depositors’ interests.

According to these directives, the auditor is obliged to “exercise his/her professional judgement” before he/she decides whether an issue must be handled by the Central Bank. Among the issues are cases where the auditor finds issues with the bank’s capital, liquidity, insufficient provisions and problematic accounting systems or systems of internal audit.

Any violation of these directives may result in those responsible receiving a prison sentence of up to two years, a fine of up to €85,000, or both. If the violation continues, the fine is €1,700 per day.

All of those who knowingly allow any violation of these new directives may be held responsible by the Central Bank and could find themselves in jail.

THE LATEST Central Bank of Cyprus bulletin sounded alarm bells for businesses as they face up to the most difficult macroeconomic conditions since 1974. Its concerns for companies in the tourist and construction sector are exceptionally alarming.

The major problem is that many construction businesses entered the financial crisis heavily in debt. The strong performance of the Cypriot economy over the previous two years encouraged them to double their borrowing during the period.

Since then, the property market has collapsed and property developers are not receiving the high level of revenues they once enjoyed and many are having difficulties servicing their debts.

According to the Central Bank these high levels of debt jeopardize their ability to ride out the financial crisis – one out of every five Euros that has been lent to businesses in Cyprus went to companies in the property sector.

The high cost of borrowing is yet another problem for businesses; Cypriot companies are paying the highest loan rates in the Euro area. (We have already reported how desperate developers in need of money may have fallen for a funding fraud in the UK).

IT SEEMS impossible to believe that Cyprus, which is heavily dependent on foreign property sales for its financial well being and whose economy has grown by 4-5% in previous years, finds itself in this unfortunate position.

The falling value of Sterling against the Euro, the global financial crisis and the widely reported property scams may have dealt the goose that lays the golden eggs a fatal blow.

Although property groups and the Cyprus Bar Association remain sceptical, Interior Minister Neoclis Sylikiotis is confident that his Title Deed proposals will work. Whether he will be able to resurrect the Island’s Golden Goose remains to be seen.

But new Title Deed legislation or not, next year looks like being another ‘annus horribilis’ for Cyprus and its property industry.