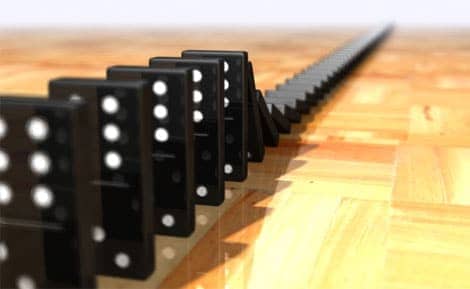 IT seems hard to believe that in 2007 the Cyprus property market was extremely buoyant with the number of properties being sold to non-Cypriot buyers reaching an all time high of more than 11,000.

But since that time the global financial crisis, the fall in the value of Sterling, the Title Deed fiasco, and reports of developers abusing property laws making headlines in the UK have all precipitated a collapse in sales of property to foreigners. And it is the British in particular who have all but deserted the island in search of safer places to invest their money.

The first major UK media report on the problems appeared on 24th October 2007. Watched by millions of viewers in the UK, the Channel 4 TV show “Selling Houses Abroad” showed Andrew Winter on a mission to help British home buyers who were having major problems.

This was followed by more reports appearing in the national UK press, questions being raised in the House of Lords and the European Parliament, and the establishment of the Cyprus Property Action Group (CPAG).

The Cyprus government has been extremely slow in resolving the issues. Indeed, one of those interviewed by Andrew Winter during the making of his program is still fighting his case in the Cyprus courts!

Earlier today, figures released by the Department of Lands and Surveys reveal that the number property contracts of sale deposited at Land Registry offices throughout Cyprus by non-Cypriots fell by 73% last year compared to 2008. Famagusta was the worst hit area with sales falling by 81%, followed by Larnaca with a fall of 80%, Paphos with 75% Limassol 62% and Nicosia 44%.

However, when you compare 2009 sales with those of 2007, the situation is even worse. Over the last two years property sales to non-Cypriots have fallen by a colossal 84%. Once again, Famagusta is the worst hit area with sales falling by a massive 90%, followed by Paphos with a fall of 89%, Larnaca with 84%, Limassol with 70% and Nicosia 55%.

A major factor in reversing the collapse in the property market is the ability of the Cyprus Government to develop, introduce and enforce effective legislation to deal with the many problems.

Proposals to resolve the Title Deed issue have been put forward by the Minister of the Interior, Neoclis Sylikiotis. But the Cyprus Bar Association has publicly called for three of the five bills proposed to be opposed, George Strovolides the President of the Cyprus Property and Landowners Association (KSIA) remains sceptical, and CPAG believes that the new laws will not resolve the unethical lending practices of the banks that contribute to the situation.