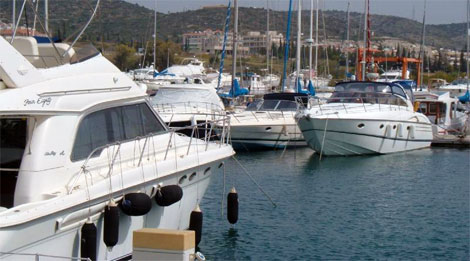 AS the company in charge of building a new €330 million marina in Limassol waits for the building permits which will allow it to start work, serious questions have been raised about the balance between the commercial benefits and the project’s social and environmental costs.

The official plans for the marina complex include 586 berths for craft of various sizes, restaurants, cafes, shops and conference space. More controversially, the plans also include 280 villas – some 160 of which will have their own private moorings – and luxury apartments, all with the aim of attracting more high-end tourists and a bigger share of the Mediterranean yachting market.

Supporters of the project point to the jobs that will be created in the hard-pressed construction sector and the prospects for bigger and better tourism in the area. Critics of the project, as it stands, argue that commercial considerations have drowned out any concerns over the possible exclusion of locals from the marina facilities and the overall environmental cost.

The question of where the line should be drawn between encouraging economic development of the port area and allowing local owners of small craft access to the sea is especially emotive.

Dr Filios Sazeides, who describes himself as “a friend of the sea and an environmentalist“, told the Sunday Mail that current owners of small craft and future generations “have been thrown out of the harbour in order to let the developers make money“.

a thirst for profit is driving the whole process

Sazeides alleges that “a thirst for profit is driving the whole process“, with the original plan for 1,000 berths having been scaled back progressively to 585 berths in order to make more room for lucrative real estate, including 11 five-storey apartment blocks.

“The original plan was modified, with the number of berths reduced to 800, to incorporate an artificial 350-metre-long peninsula containing luxury homes with their own moorings“, he said. “Then the plans were further modified in February 2009 to widen the west breakwater and allow for a 15-metre tower and other luxury buildings, complete with large swimming pool. So from 1,000-plus berths, we’re now down to a total of 585, on the basis of uncontrolled decisions. We want a marina, not a tourist village in the sea.”

The marina will be constructed and managed under a BOT (Build-Operate-Transfer) agreement. Limassol Marina Ltd (LML), the joint venture company which owns the project, will execute the plan and fully manage the marina for 53 years, and will retain profit rights for a further 37 years. “When it becomes rusty from all the sea-salt, they’ll hand it over to the government,” Sazeides said.

Sazeides said that while the project is being presented as benefitting the area, just 89 out of a total of 586 berths have been allocated for small craft (defined as up to eight metres long), which predominate in Limassol. These figures are contained in the Environmental Impact Report (EIR) submitted by LML, which says the new marina will accommodate 1,000 craft of all sizes: 600 berthed in the water plus 400 in onshore repair and storage facilities.

Sazeides contrasted this with a previous marina proposal made by international construction giant Joannou & Paraskevaides (J&P) – also part of LML – which specified 676 berths for small craft out of a total of 1,040. The J&P proposal – which would have been built on the reclaimed land along Limassol seafront near the Old Port – also included restaurants, shops, tennis courts and green areas, but did not include any residential accommodation.

There are no accurate official figures for the number of small craft currently owned in Cyprus. Glafkos Kariolou, an expert in nautical tourism with the Cyprus Tourism Organisation (CTO), told the Sunday Mail that, taking the number of craft registered over the last five years, plus the number officially at moorings and an estimate of those for which there are no berths, “one could easily extrapolate a total figure of 16,000“.

Sazeides said that 8,000 of that total are in Limassol alone, and this number is increasing by 12 to 20 per cent each year. On this basis, if the project takes three years to complete, by 2012 there will be in excess of 11,500 small craft in Limassol, with fewer than 100 available berths.

One representative of LML said that the allocations for each different size of craft have not been finalised. “This is changing all the time, according to demand. Nothing is fixed right now. As the berths will be made up of floating pontoons, we are playing with the numbers and will decide the final (size) configuration in relation to meeting specific demand.”

Another senior representative of LML confirmed that this flexibility does apply, but as the building permits for the project have not yet been issued, “we aren’t shouting about our plans“. She added: “We’re doing this for the good of Limassol and the island, so we don’t intend to turn anyone away.”

Kariolou said that the 1994 strategic plan for marine tourism – which was approved by the Council of Ministers – called for at least 1,000 berths in Limassol, “which has the biggest shoreline in Cyprus. Updating the plan does not justify any reduction in this number. Fewer than 600 berths are far too few”

He pointed out that “the break-even point for a typical marina project is between 400 and 450 – unless you link the cost of a berth to accommodation“. He added that charging more than €3,000 a year to berth a craft up to 10 metres in length would be “exorbitant“.

We are an island without an islanderth culture. Out of a total state budget of €8 billion for last year, just €2 million was allocated for expenditure related to the sea

Kariolou regretted that despite the fact that Cyprus is an island increasingly dependent on tourism, successive governments have ignored the potential of nautical tourism. “We are an island without an islander culture. Out of a total state budget of €8 billion for last year, just €2 million was allocated for expenditure related to the sea,” he said.

According to French scientific data, there are an estimated 6.5 million craft of all sizes in the Mediterranean, but only 1.5 million berths, “which means that everyone is playing musical chairs“, Kariolou said. “We’ve been getting requests for marina facilities for some 20 years, and now the burden is shifting from government to the private sector. It amounts to the absolute and total privatisation of marinas, when even in the business-friendly United States there is always a statutory provision for some public use in any new project,” he added.

The potential environmental impact of the marina project has also been hotly debated. In terms of the visual impact of the planned accommodation, the senior LML representative said that the architectural style has purposely been designed to complement and blend in with the old town nearest the project. Sazeides, meanwhile, described the planned artificial peninsula as “a monstrosity“.

Construction-wise, the work to create a peninsula and widen the breakwater will require huge quantities of rock to be quarried elsewhere and then transported by heavy lorry to the project site. The total number of lorry movements during construction is estimated at 95,000.

Then there is the question of the impact on the shoreline and marine life as the topography is changed, including the mouth of the Garillis River. Sediment traps and a significant amount of dredging will be needed, as well as measures to ensure good water-quality throughout the marina.

These and many other detailed questions were addressed in the EIR submitted by LML. In its opinion dated 12 February 2009 on the EIR, the Environmental Authority (EA) listed the 14 measures proposed in the EIR for mitigating the environmental impact.

As well as recommending the implementation of those initial 14 measures, the EA added a further 58. of which 14 are described as “essential“.

But Environment Commissioner Charalambos Theopemptou said that the EA “does not have the power to follow up and ensure that what it has been told in the EIR is implemented in practice“. Rather, progress on construction is monitored by the government’s project committee against the schedule of works from a commercial/legal point of view, but not an environmental one.

“The EIR was submitted, and the Scientific Committee gave its go-ahead. It set a number of additional conditions, including 14 essential ones, but these were included in the letter giving approval for the project. The EA is not asking for confirmation of compliance as a precondition to approval,” Theopemptou said.

“The way this has been handled is very dangerous, because the next applicant can rely on this case as a precedent. I’ve told this to the Minister and the House Environmental Committee, and I’m not at all happy.”

As for the 14 plus 58 environmental points raised by the EA, Theopemptou was blunt: “What are they going to do to comply? We don’t know.”

When asked about the EA’s recommendations, the senior LML representative said: “We’ve submitted everything we were required to, regarding an EIR. As a general rule, we aim to do our best to comply with environmental concerns.”

The Limassol marina is just one of a number of other large-scale projects – other marinas, golf courses – being promoted as the solution to the crisis in the tourism sector, and the economic crisis generally.

The recurring question in Cyprus seems to be finding the right balance when addressing specific short-term problems and wider long-term concerns, especially when this involves radical changes which cannot be undone.

“As a Cypriot tax-payer, I would want the environment to be protected. Ideally, we would have the minimum social and environmental cost coupled with the maximum tourist spend. In practice, it is a question of where to strike the balance – but it can’t just be about the money,” Kariolou said.

The thirty-year saga of the Paphos marina continues with news that moves to study a proposal to create the marina at Kissonerga with docking facilities for cruise ships is about to get underway.
Read more
Marinas

Ayia Napa marina is in the final phase of construction and is gearing up for the start of operations with the entrance and berthing of the first boat on January 27 marking the beginning of the marina’s pilot operations.
Read more
Marinas

Larnaca port and marina gets go ahead

The redevelopment of the Larnaca port and the 600-berth marina is expected to start soon following an agreement reached between Cyprus and Israeli investors after year long negotiations.
Read more