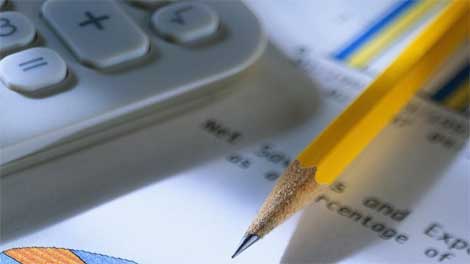 Cyprus is one of very few countries to produce official data on the number of homes sold to foreigners, so a comparison with other similar markets is difficult. However, Cyprus’ reliance on British buyers – whose purchasing power has been hit by the weak pound-euro exchange rate – is cited as a major obstacle to sales. The ongoing controversy over unissued title deeds has also generated negative press for the country in recent months.

Some question whether prices have fallen in line with buyers’ expectations and, with no official price index released since Q1 2009, the nationwide situation is difficult to judge.

David Pollard, CEO of agent Fine & Country Cyprus and director of developer Universal Vacations (Univac) Realty, argues that market decline has been “exacerbated by the high cost of land in Cyprus, which kept pushing up retail prices and further fuelled by a healthy dose of greed amongst some developers”. He told OPP that: “Cyprus is already overstocked with completed properties and there are hundreds more due for completion this year. Although the fundamentals are in place the market can only recover with sympathetic bank lending and a realization that prices need to be lowered.”

Developer Aristo has been offering discounts of up to 30% on a number of its completed and near-completed properties, and says this stock is gradually being sold off, but doesn’t think cutting prices further is a realistic solution.

“It is unlikely for new projects to be launched if there is not sufficient demand,” said Savvas Georgiades, Aristo’s finance and operations director. “Construction costs and land prices do not show significant drops and it is unlikely for developers to spend cash in order to receive it back without profit.”

Andreas Ioannou, managing director of developer Alpha Panareti, argues that large discounts have already damaged the market by creating fears of negative equity. But even he admits that “those potential clients who still have the money to invest are now taking much longer to review the market and make decisions, often in the hope of forcing prices down”.

Hoping to stimulate sales by improving properties’ investment appeal, Alpha Panareti is introducing units with approved rental licences, which it hopes will improve resale value as well as facilitating rental income. Univac plans to use its affiliation with international network Fine & Country to allow off-plan buyers to more quickly sell on properties once they are completed.

The most popular strategy appears to be a focus on the high-end market, with marinas, spas and golf courses. Cybarco nearly sold out its prime-location resort Amathusa Coastal Heights in Limassol last year and intends to continue targeting luxury buyers, particularly Russians, according to CEO Michalis Hadjipanayiotou.

New buyer markets are also an option, with the Middle East of increasing interest to developers. Agent/developer Pafilia recently opened its first GCC office in Saudi Arabia, while Aristo plans to develop its networks by participating in events in Saudi Arabia and Iran.

Not everyone is convinced, however. “I don’t think targeting other buyer groups will help, unless you can persuade the Chinese to come here,” said Dominic Farrell, director of developer Invest In Cyprus and author of the Jet-to-Let Bible. “All the traditional buyers – Germans, Scandinavians, etc – have the same problems and are dealing with the same banks, while Russians only want big houses in Limassol.”

Emphasising that all Cyprus’ problems are the same factors affecting every market, he blamed “economics, exchange rates and the banks” for the decline over the last year.