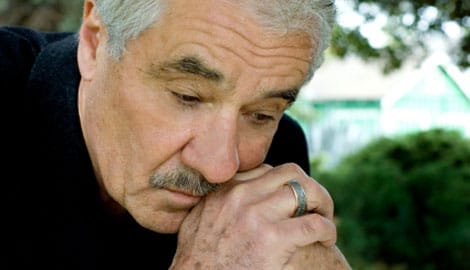 THE FIRST drafts of the laws designed to resolve the Title Deed problem were opposed by the Cyprus Bar Association that said they would “lead us into a labyrinth without solving the problem“.

In the Interior Minister’s statement on Title Deeds that we published in July last year, the Minister said that “Our policy aims to boost the property market in Cyprus, introducing effective and comprehensive practices for solving this (Title Deed) problem.”

The most serious problem of all faced by existing buyers is that of outstanding developer mortgages. Both Cypriots and non-Cypriots have been duped into buying property built on land that their developer has previously mortgaged. However, the latest draft laws before parliament fail to address this vital issue.

People who find themselves in this invidious situation face the very real prospect of losing their homes to the banks if their development company fails (like Yiannis Liasides and A&G Property Wise Developments, whose buyers have been left to the mercy of the banks).

Another significant problem, highlighted by the Cyprus Bar Association and others, is that the ownership of a property is linked to the myriad rules and regulations regarding planning and building permits.

Whether you buy an un-roadworthy vehicle, a tumbled down village house, a box of melted chocolates, or a flea infested animal, you should be able to claim it as rightfully yours; irrespective of whether it is fit for use or violates some safety regulations or rules.

But yet again, the revised laws fail to disentangle ownership of a property from the complexities of the planning system and the government plans to introduce yet another level of bureaucracy, a Commission, to sort out the mess (or should I call it a Gordian Knot).

In cases where there are ‘significant’ construction irregularities, a prohibition is to be placed on the property’s Title Deed preventing it being sold, transferred, mortgaged, etc.

Is anyone in their right mind going to pay the government’s estimated average cost of €8,000 in transfer fees and taxes to secure ownership of something they cannot sell?

Furthermore, such a law may also result in the government losing much needed revenue. A property that cannot be sold will have no market value and as such, the Inland Revenue may unable to collect Immovable Property Tax from its owner.

And what about the banks; will they be willing to loan money to purchase property that could, potentially, have no market value?

Another ‘hidden’ problem revolves around the owner having to apply for a Certificate of Final Approval within 21 days of completing a project. On the face of it, this seems a sound suggestion. However, when you consider that the completion of a project may take 8 to 18 years after its building permit has been issued, buyers could still find themselves waiting for 18 years to get their Title Deeds.

The revised laws will be of benefit to new purchasers in that properties being sold must be free of a mortgage and any other encumbrance. Also, where a property or a building site is being sold, the contract must be accompanied by a building or division permit.

These changes are very positive and will no doubt encourage sales of new property. (Although it could still take up to 18 years for Title Deeds to be issued).

The planning amnesty is also a positive move. It will help those who have purchased property with ‘minor’ construction irregularities to secure their Title Deeds. But it will only succeed if property developers and others who have contravened the planning regulations are prepared to pay the price for their misdemeanours.

THE ONLY people to benefit significantly from these new laws are the banks, property developers, lawyers and the Cyprus government’s coffers.

The fact that future sales will be mortgage free and contracts will be accompanied by the required permits will encourage people to buy new property leading to more business for property developers, banks, and lawyers.

But the new laws will take away the responsibility for protecting existing buyers from the state and place them firmly in the hands of a new level of bureaucracy (the Commission), and the Cypriot judicial system.

It took the judicial system eleven years to reach the Landmark Ruling by the Supreme Court, in which a Cypriot lawyer was found guilty of professional negligence. Is this a sufficient and timely remedy to the mortgage-related Title Deed problem that is such a grave concern for so many people?

As Dr. Andonis Vassiliades Professor of Law, Criminology & Penal Justice commented on the initial proposals last year “no social or legal prosthetics and general plastic surgery can alter or camouflage the fact that the body underneath – the basic legal structure and framework – is rotten.”