Paralimni residents left in the dark 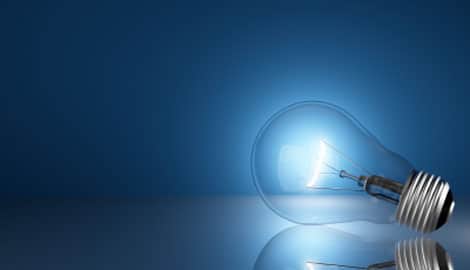 RESIDENTS of an apartment complex in Paralimni have been left without electricity for the past thirteen days after an illegal supply connected by their developer was cut-off by authorities.

The developers promised a permanent supply five years ago when the first residents moved in to the complex, which has around 13 properties, but subsequently failed to obtain a proper permit, meaning it has nev­er been officially hooked-up to the national grid.

Because the connection was coming from another building, residents have endured a constant stream of cuts and blackouts, although the developer was absorbing the cost until this summer when he presented the residents with a bill for €880 between them. They were also asked to pay for diesel to run a temporary generator.

Resident Claire Ashmore, 37, who lives with her toddler son says the past fortnight has been a living nightmare, with the situation becoming more unbearable by the day.

“We moved here in 2005, since then there has never been a proper supply, or electric meters for that matter.

“At one point last year we were running from a gen­erator that the developer installed, but could only switch it on from 4pm to 7am” “Now we have no electric at all – this is day thirteen.

“No fridge, no freezer, no oven, no lights – this is what we have been reduced too, this situation is ridiculous.” Three families that live in the building have children under two-years old, and neighbour Martin Parker, 50, says that everybody is at their wits end.

“The developer is fed up of being asked to tell us when we will get electric; we just don’t see the light at the end of the tunnel. During the heat wave we had no air-conditioning, now its cold we have no heating, let alone lights – we spend the nights with candle light.”

Some of the residents have even moved in with friends temporarily due to the situation.

Asked why the complex was not linked to the grid five years after completion, a representative of the developers; Pandelakis Kyriakides said: “In a few days they will give us the permit for electricity to be linked.”

Property rights campaigner Denis O’Hare told the Sunday Mail that such instances are not unheard of in Cyprus and pointed the finger at shoddy regulation.

“Poor Claire and her neighbours have also been betrayed not only by their own lawyers but by the failure of the government of Cyprus to enforce criminal law.

“This consumer protection law, Cap96 Article 10, makes it a criminal offence for the developer to allow the buyers to take up occupancy before a Certificate of Final Completion is issued.

“This law would have ensured that legal services were in place before the unfortunate buyers moved in. I have spoken to a lawyer on behalf of Claire and there are precious few avenues to go down.”

“I can only imagine the problem Claire and her other neighbours with small children have without proper cooking, washing and refrigeration facilities,” he said.

A bill to regulate the rentals of self-catering accommodation by owners through online platforms like Airbnb and booking .com was passed by MPs earlier today, covering both new and existing accommodation.
Read more
Legal Matters

Law to evict tenants to parliament

Amendments to the rent control law making it easier for landlords to start the process of evicting tenants who fail to pay their rent will be presented at a plenary session of parliament on Friday.
Read more