A new dawn for the Cyprus property market? 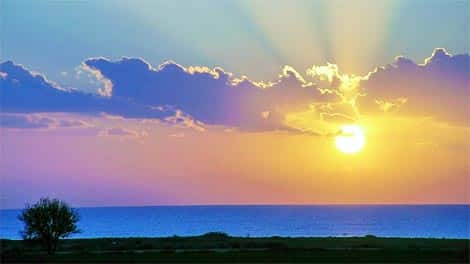 SOME legal and political events are expected to influence the developments in the beleaguered Cyprus property market in the coming year.

It is anticipated that the four proposed amending Laws on «planning Amnesty» which are before the House of Representatives will soon be passed into Law. They propose to amend the Town and Country Planning Law, 90/1972, the Streets and Buildings Regulation Law, Cap. 96, the Immovable Property (Tenure, Registration and Valuation) Law, Cap 224 and the Sale of Land (Specific Performance) Law, Cap. 232.

The Amending Laws are intended to cure the Title Deed problem for existing projects and those under construction – and are designed to ensure that such problems will not arise in the future.

Some of the proposed amendments are:

It remains to be seen if the new Laws will manage to cure, or at least alleviate the Title Deed Problem.

Another important proposed Law is the one on Urban Consolidation. The idea for this Law emanated from the resounding success of rural consolidation in Cyprus, during the last forty years.

By the proposed Law, which is pending before the House of Representatives for its passing into Law, a Council of Consolidation, Management and Reallocation of Immovable Properties will be established aiming, inter alia, to:

The new law is expected to have a considerable effect on the property market, as a large number of plots in rural areas which are now impossible to develop because of lack of access and/or the necessary infrastructure will be unlocked.

Last, but not least, political events, most importantly the possible positive outcome of the intercommunal talks, will have overwhelming effects on all sectors of the economy, including the property market.

The so called «affected properties» i.e. GC properties in the north and TC properties in the south will gradually be returned to the market one way or another. These properties amount to almost 40% of the total private ownership of Cyprus. Increased supply will affect property values.

On the other hand, demand is expected to rise as well, as a result of the normalization of the political environment, the withdrawal of foreign troops and the application of the European acquis in the whole island.

The property market in the Turkish Cypriot Constituent state will probably benefit more from the reunification of the island, as the present situation of illegal transactions in the «TRNC» will cease and land prices in the two parts of the island will tend to converge.

There is no doubt that, for a number of years, the property market will be unstable and fluctuating, but in the long run it will stabilize and we will evidence a new run of property market flourishing.