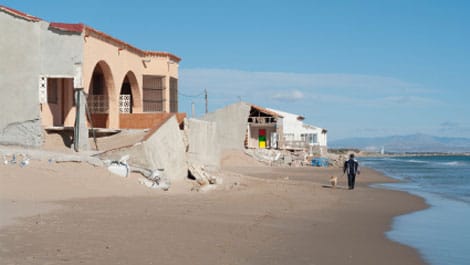 ALTHOUGH full details of the proposed legal amendments to Cyprus’ archaic property laws have yet to emerge, one thing is becoming clear; they will not restore investor confidence. Indeed they could well lead to the destruction of the overseas property market.

From the details that have appeared over the past few weeks, property developers will not be held to account for their actions, it will be left to those who have bought property to pay for their developer’s misdemeanours.

FIRSTLY, there is the proposed legislation concerning developer mortgages that was announced last month.

People who have been mislead and/or deceived into buying property built on land that the developer had previously mortgaged can get their Title Deeds by repaying the developers debt.

So in addition to paying for their house, they will need to repay the developer’s mortgage.

They will also require legal assistance to obtain a court order instructing the Land Registry to register title to the property to their name.

If buyers consider that their lawyer acted negligently, they can sue him/her. (Readers may recall that it took British couple Muriel Beaumont and Clifford Sims eleven years to sue their Paphos lawyer Nicos Papacleovoulou for negligence).

YESTERDAY, details emerged on how the new laws propose to address planning infringements.

Once again, developers will not be held to account for their actions. And once again those who have bought property will have to pay to have any planning infringements caused by their developer regularised.

Buyers may then sue their developer to recover their costs. This will involve legal costs and expenses and cases may drag on for many years without any guarantee of a successful outcome.

MP George Perdikis suggested an obvious and fair solution; fining developers who were responsible for planning irregularities. However, his suggestion was rejected by the Town Planning Department.

THESE new laws have clearly been drawn up to suit the needs of developers, banks and lawyers; very little (if any) added protection will be afforded to those buying property.

These changes will add a further layer of bureaucracy to a process that is no longer fit for purpose, adding to the length of it takes to issue Title Deeds. Furthermore, as the existing laws are rarely enforced there is no guarantee that these ‘new’ laws will have any effect.

One thing is obvious, developers will not be held accountable for the actions; indeed these changes will encourage more developers to act nefariously safe in the knowledge that they will be acting within the law.

Calling on the victims of crime to pay for the misdemeanours of their developers and lawyers will destroy what vestiges of confidence remain in the Island’s overseas property market and will possibly result in its collapse.