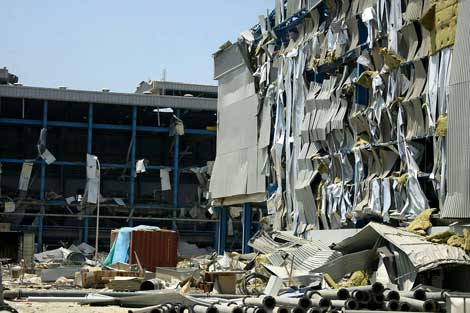 CYPRUS’ Gross Domestic Product (GDP) growth rate during the third quarter of 2011 is estimated at -0.6% over the corresponding quarter of 2010, according to the Flash Estimate compiled by the Statistical Service.

The Statistical Service reported negative growth rates in construction, manufacturing, and electricity, and the trade and transport sectors.

Positive growth was reported in the tourism, banking and public services sectors.

Due to the fact that growth rates during the first two quarters were revised down, the overall growth rate for the year will be depressed.

The first quarter showed a decline of 0.3% over the previous quarter in Q1, while the previous estimate put the growth rate at zero.

Quarterly growth in the second quarter is now estimated at 0.2%, compared with 0.3% in the previous quarter.