Home Articles Cyprus: A country in denial and a scandalous political leadership
Articles

Cyprus: A country in denial and a scandalous political leadership 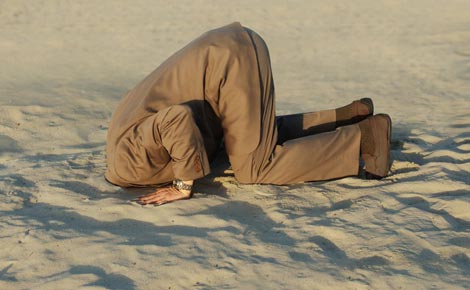 One would think that Cyprus had everything going for itself: A smaller, manageable country, classified among the high income countries and with a standard of living that is higher than most other EU member states… an economy that was characterized (only a couple of years ago) by robustness and macroeconomic stability with full employment conditions and internal stability… a strategically located thriving business and financial hub with the lowest corporate tax in the EU and about 50 double tax treaties… an established gateway to the world of international trade with tested legislation and more than adequate infrastructure of all sorts… a tourist destination that used to be ranked amongst the top 5 in Europe with annual tourist arrivals counting more than double of its population… a country that claims the largest natural gas reserves ever discovered in the European continent with a potential to becoming a guaranteed primary natural gas source and transit route to the EU… an envied economy that only a few years back was a textbook case of success of a water-locked country…

But now, despite, three-year-long market warnings, repetitive specific warnings by, the credit rating agencies, the European Central Bank and the Central Bank of Cyprus, international cash centres and international financial institutions, the Country and its political leadership remains in denial.

Cyprus reached to such a low point, that it can no longer access the international capital markets, and is confronted by the challenge of accessing financing to meet its fiscal needs in 2012 not to mention beyond! Ignorant voices suggested that the State could provide sovereign guarantees to the banks to keep things going… It is to wonder how this could be possible when the State has no credibility whatsoever, actually a worse in the international capital markets credibility than the banks themselves! It is now almost impossible for Cyprus not to be obliged to join the European Financial Stabilisation Mechanism (EFSM)!

How is it possible for Cyprus to have come to this point? Is Cyprus, “deaf”, “blind” or both?

Are the Cypriots so polarized that they can only play the role of an ignorant bystander in an act that jeopardizes not only their own lives but also that of their children? Because if they are, they deserve the misery that they are about to experience!

Are, the Government, the political parties and the trade unions so unpatriotic that they put their own interests before the wellbeing of all their citizens? Because if they are, their actions are equal to the most despicable crime!

Are, the Government, the political parties and the trade unions so ignorant and incapable of handling a crisis? Because if they are, they are not suitable to neither run the island nor hold catalytic to the prosperity of the Country positions!

Indecisive, Gutless, Bigoted, Populist and Ignorant: Five adjectives that describe perfectly the behaviour of the Government on the handling of the Crisis. Highlighting, the behaviour of most of the political parties cannot be characterized much differently.

Even after half a dozen notches of downgrading, rapidly increasing unemployment and total economic slowdown, the Government and the politicians are exhibiting with every opportunity the extent of their vanity. The Government, as if living in another planet, still preaches that everything is under control. The representatives of the ruling communist party blame capitalism; the representatives of the main opposition conservative party comment sarcastically whenever the word communism is uttered; some blame the credit rating agencies and others quote words out of context of Mrs. Merkel, Mr. Sarkozy or Mr. Rhen, trying to convince the public and probably themselves, that all is cool or that their point of view is the only point of view. There are even some who dare to claim that Cyprus is doing better than most: their “scientific deduction” is based on the comparison that Cyprus is doing better than the worst of the Eurozone countries!?!?! All without any exemption do not miss the opportunity to blame the other side, the way only immature teenagers do: “I told you so!”; “We said it first!”; “It was our idea!”… But no one, no member of the Government or no politician to date had the guts to take any responsibility for the miserable condition of the economy! If this is not scandalous, what is?

Anachronistic and Ignorant are two adjectives enough to describe the behaviour of the Trade Unions on the Crisis. How else can they be characterized when they should be aware that if the C.O.L.A. is not abolished, if the pension plan is not reformed, and if the public finances are not streamlined and sorted out, the Cypriots of today and the generations to follow will not just lose a salary increment or two but their livelihoods?! How is it possible that the Trade Unions cannot realize that Cyprus cannot be productive or competitive when the COLA defeats each and every purpose for competing?! How is it possible that the Trade Unions do not realize that Cyprus cannot seek for excellence when entrepreneurship and innovation is “massacred” by a system that is not based on merit and performance but instead promotes mediocrity and injustice?! How can some of the Trade Unions possibly claim that the EU and credit rating agencies’ warnings are unfounded?! How can they dare to play with peoples’ lives in such manner?!

Cypriots, two days ago, were pleasantly surprised to see the leader of the main opposition political party meeting with the President of the Republic, in an effort to find a solution to the Cyprus Financial Crisis. Although it is progress, the outcome of the discussion was as half-baked as all the decisions that have been taken so far in regard to the crisis. The announced measures, when they will be enforced (the 15 December deadline will come and the politicians will be still discussing the obvious), will buy Cyprus a few months, maybe a year, if of course no other external or internal factors by then, negatively impact the economy further.

What needs to be done!

Moreover, epigrammatically, the banking, tourism and real estate industries have to be reinforced in each and every possible way. Incentives, especially for foreign investors but also for private local ones have to multiply. Procedures and other administrative inefficiencies within the governmental machine at every level have to be rationalized and become more responsive. Technological innovation and sophistication, research and development have to be reinforced. Double tax treaties with more countries are a priority and should be dealt as such. Building coefficients in selected areas have to increase. Hospitality and tourism have to be upgraded. International hotel chains should be targeted and “invited”. Architectural monstrosity should be eliminated. Architectural uniformity in all areas has to become a way of life. Tradition and heritage have to be protected and better projected. Critical thinking, creativity and ingenious vision have to be cultivated…

In a nutshell, the main policy priorities should be to stabilize public debt at a more prudent level and boost competitiveness, while safeguarding the stability of the financial sector. Over and above the bold reforms and the sacrifices, a spirit of collectiveness, pride and transparency must be encouraged and adopted. Cyprus is given at this final hour the opportunity and probably a last chance to eliminate “cancerous” practices that have accumulated over the years…

Does Cyprus possess the common sense and resilience to map its own destiny?

Cyprus – A country in denial and a scandalous political leadership

Harris Samaras is an Economist and presently the Chairman & CEO of Pytheas, an international investment management organization, Harris has also worked with the Bank of America Group, Thomson Financial BankWatch, and Moody’s Investors Service. His expertise lies primarily in the areas of investment and corporate banking, private equity and finance, risk management and business development. His research and extensive publications in these areas range across practice rather than theory, economic and business thought, entrepreneurship and geopolitics.

He has been an adviser to various governments, central banks, financial institutions, and other corporates and has been a member of the board of directors of multinational organizations.