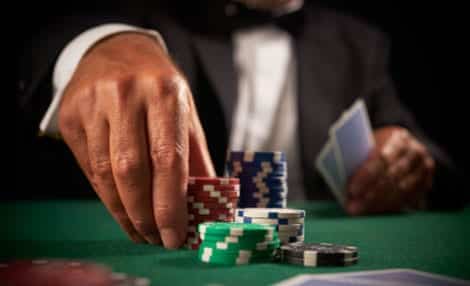 IN RECENT times there has been much talk of licensing a number of casinos in Cyprus; Larnaca’s old airport terminal was one possibility and the mayor of Paphos is keen to have one in the town.

The four largest municipalities in the Famagusta district presented their joint plan for a modern multi-purpose complex that would include a luxury casino at a news conference last Friday.

In 2009 President Christofias declared that: “There will be no casinos in Cyprus as long as I am President,” adding that “Casinos are expression of corruption and can create a crisis to the system”. But in a remarkable U-turn last October, the government announced that it was considering the possibility of allowing the operation of casinos on the Island.

Now it seems that the Finance Ministry has put together a set of proposals for up to five ‘high-quality’ casinos, preferably in the tourist areas.

According to documents presented by the Greek-language newspaper Politis, each licence would cost €100 million and the target would be to secure €500 million by the end of the year to help fill the government’s coffers.

We understand that the Finance Ministry’s proposal calls for an independent casino supervisory authority to be established and a strict legislative framework.

Whether any projects will get the go-ahead in the foreseeable future is unclear as the subject has yet to be discussed in parliament and legislation will have to be drafted and agreed.

Cyprus to strip citizenship of 26 investors

Cyprus is to strip 26 citizenships for people who obtained passports by investing including nine Russians, eight Cambodians, five Chinese, two Kenyans, one Iranian and one Malaysian.
Read more
News

Sky-high rents have put affordable housing on political agenda with the government drafting a new housing policy in efforts to persuade the construction sector to build cheaper apartments.
Read more