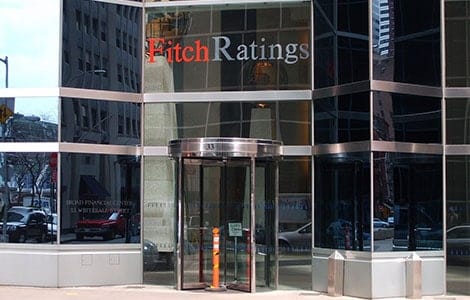 Fitch Ratings has downgraded the Bank of Cyprus, the Cyprus Popular Bank and the Hellenic Bank’s Long-term Issuer Default Ratings (IDR) and Support Rating Floors (SRF) to ‘BB’ from ‘BB+’, following the sovereign rating downgrade and removed them from Rating Watch Negative (RWN).

The Outlook on their Long-term IDR is Negative in line with that of the sovereign.

According to Fitch, the downgrade of the three banks reflects Fitch’s assessment that the state’s ability to support its major banks has been reduced, as reflected in Cyprus’ sovereign downgrade.

The sovereign downgrade was largely based on Fitch’s revised baseline assessment of the potential cost of support the Cypriot banks could need from the state to cope with asset quality deterioration in Greece and Cyprus and reach a core capital ratio of 10%.

Fitch estimates that the Cypriot government may need to provide up to €6 billion of bank support (which includes the €1.8 billion to restore the capital base of the Cyprus Popular Bank). Fitch acknowledges that its estimates of the potential losses and capital needs of Cypriot banks are subject to considerable uncertainty and are conservative.

At the same time, the Viability Ratings (VR) of the Bank of Cyprus and the Hellenic Bank have been downgraded to ‘ccc’ from ‘b-‘ and removed from RWN reflecting Fitch’s belief that further capital needs are likely to be required in view of continued asset quality pressures in Greece and Cyprus. The Cyprus Popular Bank’s Viability Rating of ‘f’ has been affirmed to reflect its failure under Fitch’s definitions.

Fitch judges that the scope for further capital-raising from the private sector is limited and thus assumes that the capital is highly likely to be provided by the sovereign. To provide such support, in Fitch’s view, the sovereign will need to be assisted by international authorities, most likely an EFSF/ESM arrangement.

In Fitch’s view the propensity of the sovereign to support the three major Cypriot banks remains strong, despite the large fiscal pressure this would bring to the country.