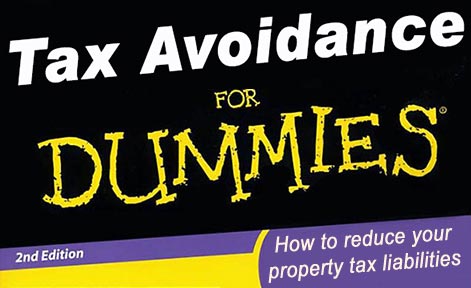 IN A RECENT interview with the media House Speaker and leader of EDEK, Yiannakis Omirou, said that tax evasion was a crime against the people of Cyprus especially under today’s circumstances.

He assured reporters that EDEK is ready to vote in additional legislation to stamp out tax evasion.

I wonder if Mr Omirou is aware of the loophole in the property laws that enable people to reduce their property tax liability by not having their Title Deeds updated when they erect a building on their land? Is he and his party prepared to stamp it out?

Here’s how the loophole works

I should say from the outset that if you have already bought a house you will not be able to benefit from this loophole.

The land and the house together cost you a total of €400,000 and you can now live in it safe in the knowledge that you have complied fully with the law.

However, unlike many other countries, in Cyprus there is no legal requirement to add your house to the Title Deed (a process that costs around €60). Indeed, if you were ‘foolish’ enough to do so, there are financial consequences:

Makes fraud much harder to uncover

Not registering a house on a Title Deed also makes fraudulent transactions more difficult to uncover – and gives you a competitive advantage should you sell.

Furthermore, if you and your buyer were honest and the sale price declared in the contract of sale was €500,000 (without any ‘black money’ changing hands), your Capital Gains Tax liability could be in the region of €16,500, while the Property Transfer Fees paid by your purchaser would amount to a massive €33,165.59.

How much tax revenue is being lost?

A well-known authority on local property matters said he suspected that 50% of private buildings/houses were not registered (on the Title Deed) in his newspaper column.

How much the government and local authorities are losing through this loophole in the legislation is anyone’s guess. But if half the private buildings/houses have not been registered on the Title Deed, the annual loss must amount to many millions of Euros.

The troika must insist that Cyprus changes its antediluvian property laws to maximise tax revenue before it starts insisting that banks should sell of people’s homes that they have paid for in full!

Are you up to it Mr Omirou (and troika)?