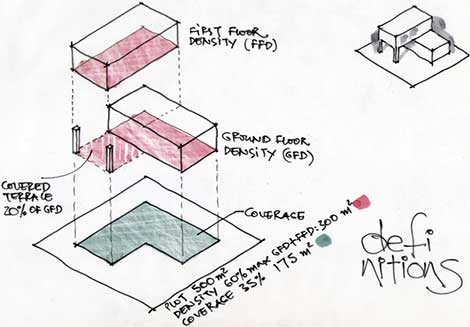 YESTERDAY, at the plenary session of parliament, a majority of MPs voted approved two items of legislation further extending the Town Planning Amnesty to April 30, 2013.

The amnesty, voted through in March last year, is designed to sort out some of the problems affecting an estimated 130,000 properties that have yet to be issued with their Title Deeds.

The amnesty allows owners of houses and apartments to ‘legitimise’ planning infringements (on payment of a fine) and secure a Final Certificate of Approval and subsequently, the Title Deed.

Only ‘minor’ infringements – such as closing up a balcony or building a garage – may be legalized in this way. The amnesty excludes cases where irregularities affect third parties or encroach on state property, or for flagrant violations such as the building ratio having been exceeded by 30 per cent or more.

In cases of flagrant violations, the owner will be barred from selling the property although they will be able to bequeath it in their Will.

The amnesty only applies to “existing buildings” which, according to article 10D of the Streets and Building (Revised) Law 2011, are those that have a Planning and/or a Building Permit (although they may have expired). The building must have been completed before the above law came into force on April 7, 2011.

By May this year some 11,000 Statements of Intent had been submitted under the provisions of the Town Planning Amnesty and the Cyprus Interior Minister, Eleni Mavrou, said that “this cannot be considered satisfactory” when she spoke to the House Interior Committee.

Since May, a further 3,000 Statements of Intent have been submitted.