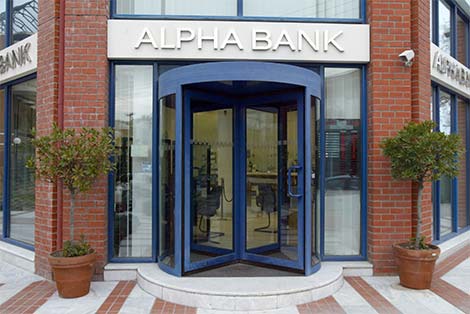 HUNDREDS of British savers are suing Greece’s second biggest bank and a Cypriot developer over an alleged property scam in which they claim to have lost £20m.

Almost 800 people are taking High Court action against Alpha Bank, based in Athens, and Alpha Panareti, run by the entrepreneur Andreas Ioannou.

Thousands of Britons bought properties in European resorts during the boom years as buy-to-let investments or for retirement.

Court papers claim that between 2005 and 2010, Alpha Bank and loannou conspired with a string of salesmen to mis-sell apartments in Cyprus to vulnerable savers, predominantly in northeast England. As many as 2,000 were persuaded to give Cypriot solicitors power of attorney to arrange 25-year mortgages with low interest rates.

Instead, it is alleged that forged documents were used to tie them in for bigger mortgages than they could afford, often over periods as short as 53 years. Most of the apartments were never built and did not have the licences needed for holiday rentals.

The case is led by Katherine Alexander-Theodotou, senior partner at the law firm Highgate Hill, who said two clients had committed suicide because of the stress.

She said: “large number of people were induced by misrepresentation to buy properties off-plan in Cyprus, and instead of getting a good investment they lost all their money.”

In November a High Court judge ruled that the claim against Alpha Panareti should be heard in London rather than Cyprus. A similar hearing for Alpha Bank is due in February. The linked cases could come to trial in October.

Alpha Bank declined to comment but it plans to fight the claim vigorously. Alpha Panareti did not respond to requests for comment but it is understood the company and loannou reject the claims.