During November, building permits were issued for:

The 378 residential building permits approved in November provided for the construction of 565 new homes comprising 167 single houses and 398 multiple housing units (such as apartments and other residential complexes).

This is a fall of 1.2% compared with November 2011 when building permits were issued for the construction of 572 new homes.

During the first eleven months of 2012, the number of new homes for which permits have been issued has dropped 33.8% compared with the same period in 2011. 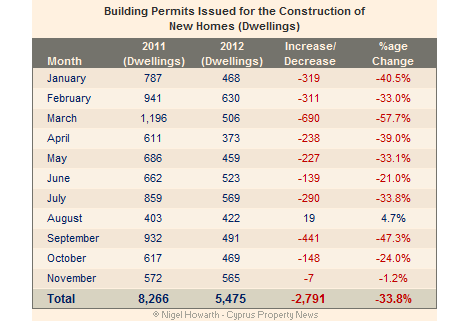