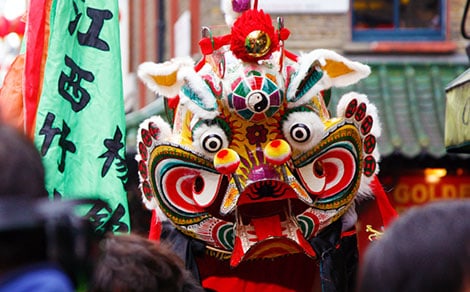 SOMETIMES I wonder how decisions are made; perhaps following a healthy discussion on the pros and cons of different courses of action with colleagues, on the flip of a coin, or perhaps someone gets a brilliant idea.

Well someone in Paphos has had a brilliant idea, according to a report by Lucie Robson in the current issue of the Cyprus Weekly.

As the town strives to become the 2017 European Capital of culture, culture lovers will be delighted to hear that, this year, the town’s Carnival King will be dressed as a Chinese Investor!

Since moving to Cyprus more than ten years ago, I have heard and read about many brilliant ideas. The first, as I recall, was to build a fifty foot high statue of Aphrodite at Petra tou Romiou (Aphrodite’s rock), where the mythical Greek goddess of love is said to have emerged from the sea.

In 2009 the Greek-language newspaper Politis revealed plans to build a Disneyland-style tourist theme park at Pyla. Situated in the UN buffer zone and covering an area of some 80 hectares, the project has get to get off the ground.

A couple of years ago a plan to build the world’s tallest statue at Pentakomo/Monagrouli on Cyprus’ southern coast emerged. Funded by a Russian philanthropic group, the plan was to build a conference centre that would have incorporated a record-breaking 135 metre high statue of an angel.

Just over a year ago a there was Russian backed scheme to build sandy beaches and a sea-plane port at Kato Paphos. The scheme was to include a small marina and two areas for seaplanes, travelling to and from the Greek islands, Egypt, Israel and around Cyprus.

I can imagine what a fifty foot high statue of Aphrodite would look like and a sea-plane terminal – and I’ve seen an artist’s impression of the 135 metre high statue of the proposed angel and the Disneyland-style tourist theme park planned for Pyla.

But I have to say in all honesty that try as I might, I cannot imagine what a Carnival King dressed up as a Chinese investor would look like.

But as Lucie Robson points out in her article – we will all find out find out next Thursday when he enters Paphos on a float to mark the start of the Carnival festivities.

Cameras and camcorders at the ready!