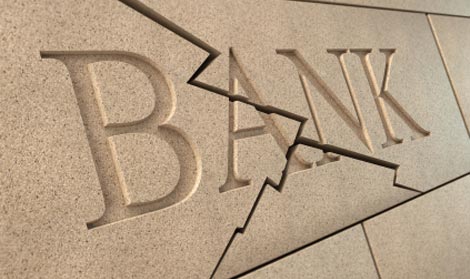 THE Central Bank of Cyprus released the draft due diligence report on the island’s banking system produced by PIMCO on Friday, which determined that the banks will need approximately €8.9 billion for their recapitalisation.

The PIMCO report reveals what the company politely refers to as “idiosyncratic features” that differentiate Cyprus from other international banking systems:

“A key feature of the Cyprus banking system has been the practice of pursuing asset-based lending, meaning a high reliance on collateral in the underwriting of loans, often with less attention paid to a borrower’s ability to meet debt service payments on the loan.”

“The general timeline to receive a court judgment once a loan has been moved to recoveries can be three to four years. Following this, the borrower can appeal the process which can take another 18 months to two years. In total, the amount of time to reach a forced sale of property through auction historically has ranged between 10 to 12 years.”

Collateral used for many loans

“Lenders are willing to extend additional loans to a borrower group on the pledging of additional collateral, rather than based strictly on an assessment of the borrower’s ability to service the new loan.”

Methodology for provisions and doubtful debts

“Modifications often extend loans beyond the contractual maturity, may be based on relationships and may not reflect the borrower’s current ability to repay. In other cases, modifications rely on third-party personal guarantees or simply result in extensions despite strong evidence suggesting the borrower’s inability to service the debt.”

“Because loan-to-value ratios at origination have generally not been aggressive and because in some cases banks have assumed future property price appreciation up until the point of problem loan resolution, this has enabled banks to assume, in many cases, that some significant portion of unpaid but accrued interest eventually will be realized in the proceeds of a loan resolution.”

Non-payment culture in the Co-operatives sector

Independent Due Diligence of the Banking System of Cyprus – March 2013