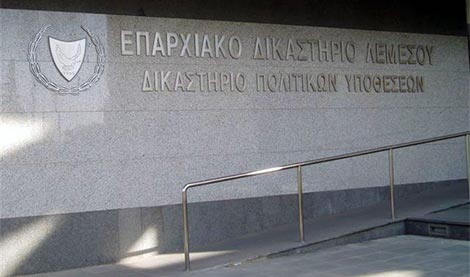 INTERNATIONAL arrest warrants were issued against lawyer Marios Shiaeles and his wife Niki Fasaria when they skipped Cyprus seven years ago.

When they fled, Shiaeles allegedly took with him client funds estimated to be in excess of three million Cyprus Pounds (more than €5 million). Some of the alleged victims lost hundreds of thousands of pounds.

A year later a statement from the victims’ group said that the courts were insisting that that the couple had to be found before the fugitive lawyer’s assets could be seized.

“Based on this logic, if the police cannot find Shiaeles, justice will never be served and Shiaeles walks free with millions of pounds of stolen money,” it said.

“The Cyprus judiciary need to be encouraged to ensure that fair justice is delivered for the victims rather than the legal process hindering the victims and ultimately protecting the criminal.”

Earlier today we received news from two of Shiaeles’ alleged victims that the couple had been found and Shiaeles was apprehended. He appeared in court yesterday and was bailed to appear in the Limassol District Court on July 16.

Corrupt lawyersin Cyprus continue to plunder the estates of their deceased clients by calculating their fees for administering estates on the Cyprus Bar Association's 'Minimum Fee Regulations', which were abolished in 2018
Read more
Swiss Franc

Taking criminal proceedings against owners and Management Committees who fail to comply with the swimming pool law and regulations will damage the Cypriot economy - especially tourism.
Read more