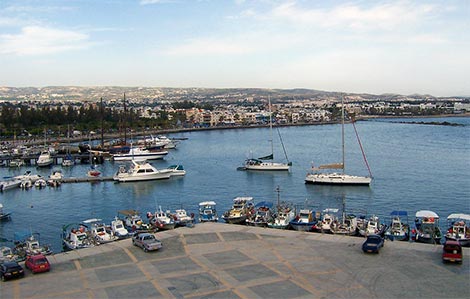 DEVELOPERS in Paphos keen to get their hands on Chinese investments in property have been warned to treat potential investors fairly as complaints of cheating have already surfaced.

Until now, more 1,000 Chinese have bought properties in Cyprus. “The Chinese investors started off in Paphos and about 80 per cent of Chinese homeowners are there, the other 20 per cent is spread between the other towns,” said Huali Che, president of the Chinese friendship association in Cyprus.

But he cautioned that “a lot of Chinese people who have purchased properties in Cyprus have felt cheated and complained, whether it’s down to the agents in China or in Cyprus or the developers I can’t say.”

Many of the Chinese buying property on the island are doing so to qualify for residency permits, for which a home of €300,000 must be purchased, leading to the valuation of almost anything for around that amount.

“In the beginning they (Chinese purchasers) didn’t know anything about Cyprus; many agents were charging too much money. A property may be valued at €200,000 but they are charging more than €300,000 to the Chinese,” said Che.

“But now the average Chinese client is a lot more clued up and goes to the internet for information, approaches the embassy and so on – it’s not like in the beginning when they were just buying properties.”

China’s ambassador to Cyprus Liu Xinsheng is keen to see this investment in property develop into other areas of cooperation. “The potential is huge for broader, deeper and more fruitful cooperation,” he has said, saying that China and Cyprus are looking at the feasibility of cooperation in energy, infrastructure, financial services and shipping.

But for now many of the property developers in Paphos are looking towards the Chinese market for investment.

Aristo developers and Constantinou Bros both have Chinese language buttons on their website and Leptos Estates is looking for “Chinese speaking individuals as interpreters with the role of assisting the Leptos Estates Sales team”. Even smaller Paphos developers such as Korantina Homes say most of their current clients are from China.

But a new beachfront project under development by Pafilia has added fuel to the ‘overpricing for the Chinese market’ fire. The development at the Lighthouse area in Kato Paphos is aimed at the foreign market.

The new development is described as “contemporary” by Pafilia and one bedroom apartments start from €275,000 + VAT (five to 18 per cent depending on the buyer).

The price tag may seem a bit hefty and could be seen to be aimed at foreign investors – in particular the Chinese. But Pafilia Sales Director Simos Simillides explained the substantial price tag by pointing out that the “prime market” in Cyprus only has a few beachfront developments, as Cyprus is a small island with tough planning restrictions on beachfront locations.

“Similar developments in Limassol for example are sold at around €8,000 – €10,000 per square metre (almost three times higher than the Lighthouse).” He added: “The Lighthouse is aimed at international buyers as it represents excellent value for money at the prime location.”

Che issued a stark warning though to property agents and developers who may try to dupe Chinese clients: “There have been massive problems with the banks and some Chinese lost their money in the so called haircut. Cyprus needs to go carefully now if they want the Chinese people, they are not investing without advice now.”

Pafilia pointed out that buyers of all nationalities are careful about purchasing properties as the amount of investment involved is significant.

“We are doing lots of work explaining situation in Cyprus and conditions of property market,” Similides said and Pafilia assures that this particular project represents value for money as it is a prime location.

“This is an excellent location near the Lighthouse and Faros Beach in Kato Paphos. The Lighthouse developments border the archaeological park so unobstructed views are guaranteed. Five star hotels, the harbour and the new Mall are all only minutes away,” he added.

In the meantime, the Chinese ambassador also expressed his belief that through joint efforts, China-Cyprus relations will continue to grow from strength to strength.

He said that currently the number of Chinese citizens who come to Cyprus for investment, study and tourism is increasing and the two countries are faced with new opportunities for cooperation in trade, education and tourism.

Che agreed. He said: “The Chinese will slowly come back to invest in Cyprus. It will get better economically in three to five years.”