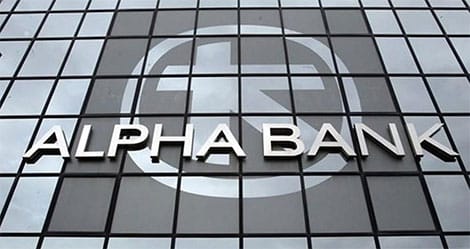 ON the 27 June 2013, Maxwell Alves Solicitors in the City of London, filed a High Court action on behalf of 215 clients with substantial claims against Alpha Bank Cyprus and 24 associated property developers.

Despite the claims involving the purchase of properties in Cyprus, proceedings were commenced in England because all the people involved are claiming that they are UK consumers and they are afforded the protection of EU legislation on cross-border selling.

Many more claimants are to be added in a second wave as deadlines for filing claims are approaching in what appears to be an uprising by British purchasers of properties in Cyprus who have €1.6 billion of loans outstanding to Cypriot banks. Their balances have swelled because most of these loans were given in Swiss Francs that has appreciated in value by approximately 40% against the Euro while property values fell by up to 70%. More actions are to follow against other banks, developers, lawyers and sales agents unless they agree to a negotiated settlement.

These purchasers, who claim to have suffered many years of frustration in trying to deal with Alpha Bank Cyprus, allege the bank has failed to satisfactorily address and resolve the issues in question. They have decided the best recourse available to them is for a collective action in the English courts.

The Claimants are asking for complete nullification of their contracts due to the circumstances under which they were entered into with Alpha Bank Cyprus and the property developers concerned and compensation for various breaches.

A large number of Alpha Bank funded projects across the island, from Paphos to Deryneia have been named in the action including developments by:

George Kounis, consultant at Maxwell Alves Solicitors, who is leading the action on behalf of the claimants, says:

“This is just the first wave of actions being undertaken. We hope and expect many more to join us. The great number of claimants in this action is just a reflection of the widespread dissatisfaction, anger and grievance felt by many Alpha Bank Cyprus clients. They do not feel the bank has taken sufficient steps to equitably resolve the issues at hand. There are many thousands of people in this situation who have so far not taken action waiting for something to happen. Now they realise that nothing will unless they take action and with time limits fast approaching they have no alternative but to join or have their claims time barred. So far, Alpha Bank Cyprus has been indifferent to the threat of legal action, but now the pressure is mounting we hope that they will demonstrate a more conciliatory and sympathetic approach to their customers.”

If outstanding foreign loans to Alpha Bank Cyprus are not repaid, the bank would stand to lose a quarter of its loan portfolio.

Maxwell Alves is a firm of solicitors based in Central London with varying practices.

It specialises in legal matters not only in England and Wales but also in other jurisdictions including Scotland, China, Taiwan, Hong Kong, Brazil, Greece and Cyprus.

Since its establishment in 2003, Maxwell Alves has rapidly developed into a major legal adviser both to businesses and individuals. It has established its own reputation as a small firm that delivers work to City of London standards.

Maxwell Alves is on the UK Trade and Investment’s panel of recommended advisers for inward investment as well as trusted advisor for UK companies exporting. Maxwell Alves is also on the Law Society’s Network of Lawyers for your Business.