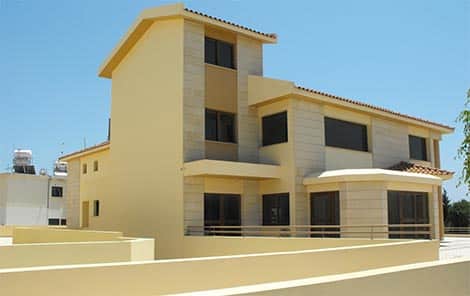 LOOKING for a way to reach potential buyers directly, a family with a commercial property to sell in a prime location in Paphos, in a novel move, has turned to internet giant eBay.

The listing says that “all reasonable offers will be considered”.

“We wanted to reach a bigger audience online,” said the Manchester-based Nick Georgiou, 31, whose Cyprus-based grandfather asked him and his family to help him sell the property.

The detached property is listed as lying in the heart of Paphos just across the entrance to popular Tomb of the Kings archaeological site. It was completed in 2009 and according to the sellers its basement comes with a night club/recreational centre licence. The rest of the property offered as a potential restaurant and shop complex.

Georgiou’s 84-year-old grandfather George Nicolaou is based in the coastal city of Limassol. But he asked his family to help him sell the property, which was previously advertised via real estate agents.

“We struggled to sell the property for various reasons,” says Georgiou talking of a financial crisis in Europe and later in Cyprus. There was also the matter of timing. In 2009, after years of a property boom which saw soaring property prices with banks eager to lend and take on Title Deeds as collateral, the overheated market started slowing down. Paphos was among the first regions to be affected and prices have been dropping ever since.

Georgiou says the family had hoped the situation would get better. “But [it] kept getting worse.”

On eBay, people offer for auction anything from their unwanted collectibles and clothes to services. But selling a commercial property is different to selling a comic book collection. For one thing, the suggested buy-it-now price is 1.38 million pounds sterling, roughly €1.6 million. But, whether a seller is offering a Fantastic Four comic book or a commercial shop unit, the principle is the same: sellers negotiate directly with interested parties.

So why not try eBay? “There’s no harm in doing it (and) people haven’t tried it much,” said Georgiou.

The Title Deed is held as collateral by the owner’s lender, but Georgiou says it will be handed over following a contract agreement. “We are trying to be straightforward with people,” Georgiou says. Prospective buyers may conduct independent surveys at their own cost, and are encouraged to get their own lawyer.