A simple warning on loan restructuring 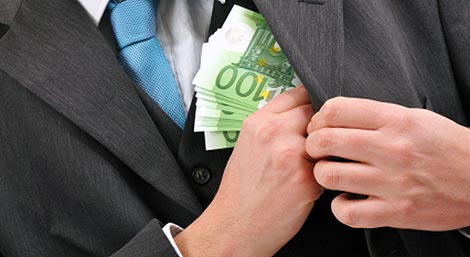 ONE of the largest loan takers in Bank of Cyprus – a land developer – today owes the bank 457 million euro. In an internal audit carried out at the beginning of the crisis, the bank noted that he had not serviced any of his loans – including interest – since 2009. Provisions? None.

There are several such cases in Bank of Cyprus and in the mess formerly known as Laiki Bank, which was absorbed by Bank of Cyprus (BoC) in March. Overall, according to the internal audit, the problematic loans, corporate NPLs with little hope of resurrection, were covered by provisions at 40%.

All hope rests on collateral prices, pumped up and overstated through the years of the bubble, and stubbornly propped up by a strange rule of the Land Registry Department which regularly records prices on real estate that are higher than those recorded in transactions: You sell a house for, say 250 thousand euro and the Land Registry Department records the “going price” at a higher level, say 300 thousand.

This, on top of the traditionally elevated prices recorded by real estate brokers who, not only had to protect their clients (the banks) by overstating the value of collateral so they could give higher loans and protect market shares, but also got paid on commission based on the value of the transactions.

This sort of cronyism is not a “Cypriot” phenomenon, of course. We’ve seen artificial prices, connected lending, overstated collateral and loan “restructuring” that makes no sense before, not the least in the Asian crisis.

But at this point, BoC is being resolved itself, and the main thinking behind the next moves, is to form a hybrid (some might say mutant) form of an Asset Management Company (AMC) to absorb bad loans, restructure them and sell off collateral over time. The merits of an AMC, avoiding fire sales and preserving value, are rather self-evident.

The real problem in BoC, however, remains the track record of the bank, and the attitude maintained (formally and behind-the-scenes) by decision makers controlling the bank. When you owe the bank 457 million (or 335 million, for that matter, or 198 million still), the issue is not only that the bank has a problem – the issue is that half of the political elite is also at your feet, as they were when you were financing campaigns.

While the details of the AMC are still foggy, and any serious commentary on this decision should rest on the details, where, after all, the devil lies, one thing is clear: Loan restructuring is meant to preserve value and rescue good loans that are under temporary stress. What is it not meant to be, is a trick to rescue bad businesses by evergreening their obligations, by lengthening their repayment period, providing payment holidays on the principal and lowering interest payments.

In other words, loan restructuring is supposed to preserve/rescue value, not cook the books.

The danger in BoC is the very pathology that brought the bank to the brink – bad loans that were covered by extending yet more bad loans; connected lending to companies “related” to the Board that were then repeatedly rolled over so that NPL rates would appear lower and, finally, crony lending that only an eight year old would extend to companies that, for years, appeared entirely beyond salvation.

At the same time, official land price levels remain unrealistically high, not the least because of a policy followed by the Land Registry Department that is on the verge of outright corruption.

After all, a “businessman” who owes almost half a billion euro for projects in developing land in the middle of nowhere (eg Paphos), and who couldn’t make his payments during the era of the “fatted cows”, can’t be expected to turn things around under current conditions.

And this is a dire warning for Cyprus today, as decision makers continue to deny that the largest loans extended were problematic at all, trying (apparently) to protect large campaign donors from destruction. One, in fact, wanders if Alvarez and Marsal will continue to accommodate this policy, given the absolute control that Central Bank senior staff say it exercises over the Governor who appears paralyzed like a deer in the headlights of the crisis…

BoC can still be saved – but more of the same virus will certainly spell much worse illness to come for Cyprus, unless Central Bank (and Alvarez) start doing their job better.

Readers may find the original article on the ‘forthisisland’ blog at A simple warning on loan restructuring.