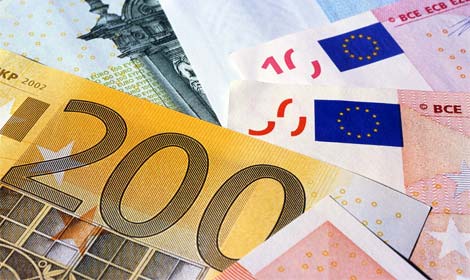 CYPRUS will receive a total of €874 million from EU structural funds during the period 2014 – 2020, which will be used mainly in efforts to restart the economy.

The above was revealed during an event on structural funds 2014 – 2020 with experiences from Cyprus and Germany, at the Ministry of Finance, in Nicosia.

Cyprus has without doubt fallen to difficult times, Minister of Finance Harris Georgiades said addressing the event, adding that “we are in a very difficult and challenging transformation of our economy”.

According to the minister “we need to correct the imbalances of the public sector and of our banking sector; we need to create a new and more viable economic model”.

This, he noted, therefore directly relates to the opportunities which are available to EU states.

Georgiades continued saying that it should be acknowledged that 10 years after its EU accession, Cyprus has not actually made all those necessary steps which would have allowed it to contribute more to the EU but at the same time to gain more from our participation.

Referring to the experts who took part in the meeting he said that “we have much to learn from the German example, from the Italian example”.

“We need to work together public sector, private sector and the non-governmental sector to increase our success rates when it comes to competing EU funds”, he pointed out.

On his part Senior Planning Officer of Cyprus’ Planning Bureau Adonis Constantinides said that for the period 2014 – 2020 Cyprus will receive €526 million from the Cohesion Fund, €118 from the Rural Development Fund and approximately €30 million from the Fisheries Fund. He also referred to the additional €200 million the EU decided to disburse to Cyprus in 2014 and 2015.

Projects financed by the Cohesion Fund will in total come to €726 million, of which €401 million will be diverted to investment for growth, €29 million to cross-border cooperation and €11 million to the initiative for youth employment.

The priorities set by Cyprus which aim mainly to restart the economy will include projects that will enhance competitiveness, SMEs, combat unemployment, the efficient use of energy resources, combating poverty and rural and urban development.

Constantinides further noted that the projects chosen will have to be in accordance with the EU 2020 strategy.

At the same time the approach followed when selecting projects should be an integrated one and emphasis should be placed, inter alia, to research, technological development and innovation, ICT, SME competitiveness and the shift towards a low-carbon economy.

The greatest challenge, he said is the creation of a new growth model, calling on all stakeholders to contribute with their proposals and ideas as to how this can be achieved.

At the same time he spoke of the need to create synergies. We all have to come together, he pointed out.

The Cypriot economy has been hampered by recession since the third quarter of 2011. Excluded from international markets since May 2011, Cyprus requested and received a €10 billion financial assistance package from the Troika (EC, ECB, IMF).

The package featured a sizeable reduction of the island’s banking sector, as well as bail-in of uninsured deposits, which hampered the services sector, one of the island’s main source of income.