You can’t produce a baby in one month 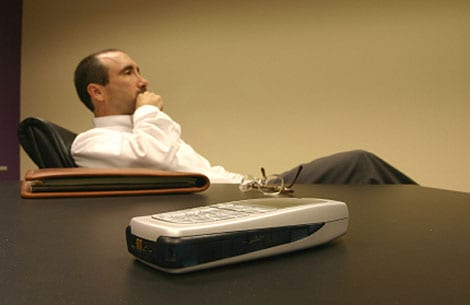 OVER the past months Cyprus’ society has learned various things about the scale of its economic and financial problems and the next steps forward.

Based on the Central Banks’ new definition of non-performing loans (NPLs), the Bank of Cyprus had 36% of NPLs up to Q2 2013, whilst Hellenic Bank and the COOPs had 44% and 45% respectively in the first nine months.

Various business associations, industrial organizations and vociferous politicians have been calling for interest on existing loans to be significantly reduced. The logic is, that if businesses have lower financing costs on existing loans, then they may be able to pay them back more easily, which would improve the overall picture of NPLs and release working capital.

A similar approach was taken in the UK, where the Bank of England slashed interest rates to 0.5%, thus reducing the effective rate on mortgage loans to under 2.0% and safeguarding banks from an increase in NPLs. Whilst the ECB has taken similar steps, this month reducing interest rates to 0.5%, this does not translate to lower interest payments for borrowers in Cyprus as most loans are linked to each bank’s own base rate, which is set separately by the bank and does not necessarily relate to that of the ECB. Local banks ‘need’ to charge higher rates because they get their financing from depositors, rather than capital markets and in order to mitigate part of the losses from their NPLs.

Politicians have called for a ‘haircut’ on loans (barbers must feel so cool right now); a blanket ‘haircut’ on debt is ill-advised as it will entice even those (few) who are paying them back to stop paying altogether. This in turn will lead to less money recoverable from banks and COOPs, which will worsen their capital adequacy ratios and make depositors even more worried about another ‘haircut’ on their savings.

Furthermore, it creates a moral hazard; a moral hazard is a situation where a party will have a tendency to take risks because the costs that could result will not be felt by the party taking the risk. A ‘haircut’ on loans would benefit those who borrowed money during the boom and who can’t pay it back, rather than those who (1) didn’t borrow money, (2) are paying it back.

Banks continue to deleverage slower than they are shedding deposits. Following the overall increase in credits outstanding, together with continuing deposit loss is translating to increased loans-to-deposits ratios. The illiquidity of the banks raises lots of questions, not only on how interest rates could possibly decline, but also on how the credit crunch can possibly be reversed at all. This is why banks have been progressively inviting people and companies to restructure their NPLs.

Loan restructuring means, in its majority, a longer repayment period typically at the same or a higher interest rate. Whilst the borrower pays less on a monthly basis, over the lifetime of the loan they end up paying considerably more. Thus, a restructured loan immediately reduces a bank’s NPLs and increases its profitability in the medium to longer term.

So, what’s next? There is considerable mistrust in the marketplace, with companies and people struggling due to the lack of turnover and liquidity constraints. This will slowly subside, but in the near term it will continue to cause problems.

Of more concern is that Cyprus has no more Cyprus-owned banks. Cyprus Popular Bank has gone to bank-heaven (or…?), Bank of Cyprus is 60% owned by non-Cypriots and Hellenic Bank is 30% respectively owned by US hedge fund Third Point and Belarus-owned Wargaming.

What’s the problem with that you might ask? Well, combine high NPLs with the Troika’s requirements to make foreclosures easier and what you get is an easier mechanism to ‘crack down’ on those who fall behind on their loan repayments. Throw in the mix non-local owners who either want to hit a specific threshold on their investment return or simply want their money back, and you have a pretty robust motive to undertake this ‘crack down’.

A damning report by a UK government adviser caused RBS to defend itself against the claim that it took advantage of ailing companies, seizing assets at a knockdown price. In Cyprus things will be much more interesting; if one controls the supply of stock by owning so many NPLs and also has the source for financing to acquire it, then it is difficult to imagine that a similar situation will not arise.

It is unlikely that this brainstorming has not taken place somewhere in government or in the boardrooms of banks. However, there isn’t that much that the government and banks can do given that they have no choice but to adhere to the commands of our creditors. As the saying goes, “beggars can’t be choosers”.

This leads me to a puzzle which I am yet to solve: “If I hit myself and it hurts, am I weak or strong?”