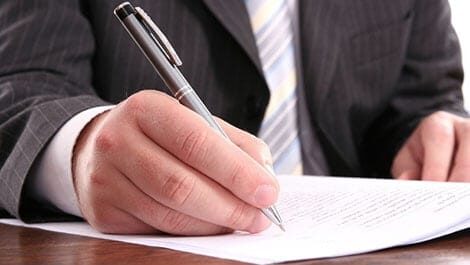 DURING the past decade thousands of Britons purchased off-plan properties in Cyprus but they were faced with numerous problems including:

b) Properties purchased remain in the name of the developer, and could potentially be re-possessed by the Bank that has financed the development; alternatively purchasers have been tied into loans, often in strong currencies that they have little hope of repaying;

c) In all appearances, Cyprus has the same standards as in the UK but what are accepted practices there would be totally unacceptable here and enforcement of serious breaches by Cypriot authorities is seriously lacking.

Due to these problems thousands of Britons have been ruined financially, many, unable to deal with the pressure, are suffering from ill health and a small number have committed suicide.  The British Government has paid lip service to the problem but so far has done little to remedy the situation.

Cyprus had been a British colony since 1878 and despite it gaining independence in 1960 it remains closely associated to Britain due to the British Sovereign Bases and the fact that many thousands of Britons live in Cyprus and visit Cyprus regularly.

Its strategic importance to Anglo-American interests may explain why the British Government has taken a very softly-softly approach with the Cypriot authorities to the detriment of Britons who have been badly caught and should have been protected by Cypriot, British and EU Regulations but there was a combined failure to protect them.

Any investigation will reveal a culture of mis-selling that has been allowed to be operated mostly by British sales agents working on behalf of Cypriot developers and banks, serious failures in the regulatory system in this country and apathy by the British authorities.

Many victims of these deceptions have made formal complaints to the Financial Conduct Authority, the Financial Ombudsman, Action Fraud, the Office of Fair Trading, the Foreign and Commonwealth Office, their local MPs and MEPs, and numerous government ministers.  After many years of campaigning, the closest they have been to any action by politicians is the formation in 2012 of an All Party Parliamentary Group for the Defence of the Interests of British Property Owners in Cyprus which, so far, appears to have little influence on the British and the Cypriot Governments.

In 2010, the BBC exposed some of these issues in the Inside Out and You and Yours programmes. Since then the situation has become much more urgent, problems are in greater need of investigation and publicity and the “what is happening out there” approach taken by these programmes could do with a Panorama investigation highlighting “what can happen to you in home ground” and how you will not be protected by the British Government.

We petition BBC Panorama to undertake a full and balanced investigative report, to expose the failure of the British authorities to protect the victims.

Those wishing to sign the on-line petition calling for a BBC Panorama investigation should visit Investigate the issues facing UK citizens who have purchased off plan properties in the Republic of Cyprus.