Property price correction is not over 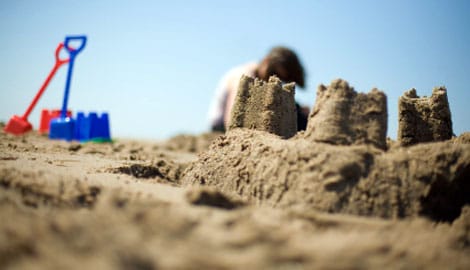 IT IS IMPOSSIBLE to share the view that property prices had hit rock bottom and would now start moving upwards. This opinion, expressed in this paper by the sales director of a big estate agent, could only be described as wishful thinking.

The property market is such a complete mess that nobody could say with any degree of certainty that it has bottomed out.

Even the figures do not support this claim. Since the last quarter of 2008, just after the peak of the housing boom, residential property prices have fallen by an estimated 23 per cent. This is a very small percentage considering we are talking about a property bubble, financed by easy bank credit. Given the crazy prices at which land and apartments were selling for in 2006 and 2007 a 50 per cent plus decline in values would be a more realistic correction.

Of course, in Cyprus because of the size of the market and the low number of transactions it is very difficult to have reliably accurate price indices. A few transactions could influence the price index, in either direction. There is also the habit of Cypriots to set a price for a property and refuse to sell for anything less even if there are no buyers at that price; the person would still claim that this was the value of the property.

This is set to change over the next few years as the foreclosures begin. People with bank debts they cannot repay would be forced to sell while the banks would put an amount of properties on the market. There would be a relatively large supply and a relatively small demand because of the illiquid banks, something that is certain to push prices down. Even if the banks try to control supply in order to protect property prices the trend would be downward.

Perhaps we should ignore economic data and apply some common sense. Is €700,000 a realistic price to pay for even a luxury 3-bedroom flat in a new block in Nicosia, given the average salaries and the tiny size of the economy? This is Nicosia, not Paris or London. But during the bubble years common sense went out the window. Now that most people have come back down to earth, they will not rush to buy a property until they feel there has been a full correction of the market. And if current prices are anything to go by, we have still some way to go before the correction is complete.

The Cyprus house price index rose by an average of 2.5 per cent in the first quarter of 2020 compared to the previous quarter according to official figures from the Cyprus Statistical Service (CYSTAT)
Read more
Property Sales

The number of property sales contracts deposited at Land Registry offices across Cyprus recorded a sharp drop in May.
Read more
Property Prices

The Cyprus house price index (HPI) fell by 3.7 per cent in the third quarter of 2019 and by 4.8 per cent on an annual basis according to a preliminary estimate by the Cyprus Statistical Service (CYSTAT).
Read more