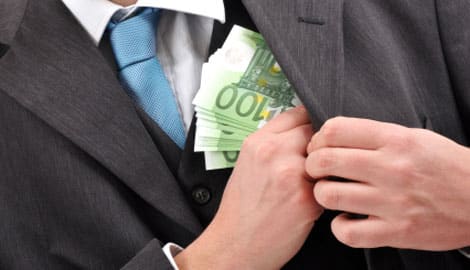 HOUSE Watchdog committee president Demetris Syllouris, speaking on a radio show yesterday morning expressed outrage about the news that a ‘poor’ shepherd had been sentenced to prison for illegally building a small hut on land belonging to the Forestry Department.

His outrage stemmed from the fact that the authorities were coming down hard on minor offenders while the people responsible for bankrupting the two biggest banks and sinking the economy were still roaming free.

Syllouris’ comment could have been interpreted as a call on the authorities not to enforce the law, but that would be missing the point. By highlighting the plight of the shepherd, he was touching a much broader issue – that there is no equality before the law which is enforced only in the case of the little people.

A wealthy businessman could violate a building permit by adding an extra floor to a building but would not end up in prison; neither would a well-connected individual be jailed for building a house on a bigger area of land than a permit stipulated.

But when a shepherd builds a small shack on state land the long arm of the law immediately grabs him. There could be another aspect to this case that we are not aware of. Perhaps the shepherd had been served with a court order to pull down the shack and ignored it, in which case the judge would have no choice but to impose a custodial sentence. But this still does not eliminate the perception that the law might not be applied in the same way for everyone.

It would be wrong to blame the judges for this perception, because it is the state legal services that might not pursue all cases with the same zeal. As Syllouris pointed out yesterday, not a single person had yet been charged for the collapse of the banks. Admittedly, these are complicated cases that require thorough investigations and going through hundreds of documents. The delays could be attributed to lack of expertise or know-how in the police and the Attorney-General’s office, in which case help should have been sought from abroad.

More than a month ago, the Attorney-General announced that the cases would have been prepared within a few weeks, but we are still waiting. Nobody knows the causes of the delays, but it would be a great embarrassment for the Attorney-General if, after all this build-up of expectations, there were no prosecutions. This would strengthen the suspicion that in Cyprus only the small-time crooks are brought to justice.