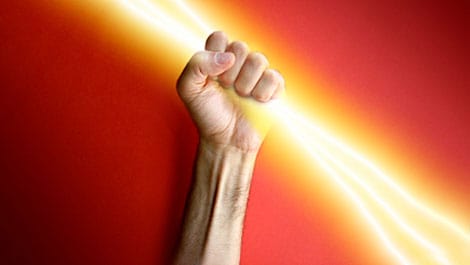 BATTLE lines were being drawn yesterday for Monday’s discussion at the House on the draft bill to protect primary residences from foreclosure, which MPs want to send to the plenum on Thursday.

Accusations flew between the government and opposition parties, and between those parties in favour of the draft bill and those against it.

Those opposing it, including ruling DISY, spoke of another economic disaster and possible new haircuts on innocent depositors if banks were not allowed to recoup non-performing loans (NPLs) by seizing assets.

Detractors responded by accusing the government, of not for the first time, scaremongering with threats that the economy would come crashing down if the House didn’t cease and desist.

Government spokesman Christos Stylianides said the state was not immune to the problems of homeowners and was working on a solution to protect vulnerable quarters while still safeguarding the wider economy.

“The worst thing that could happen would be to slide into a bargain mentality, which would smell of populism,” he said.

“Fragmentary approaches to the bill’s philosophy are undermining its wider importance the effect it will have on our country’s financial environment.”

Interior Minister Socratis Hasikos called on deputies to wait until the government’s proposal was completed otherwise what was on the table right now would prove to be a “landmine for the banking system”.  “I trust that cooler heads will prevail in the House in the end so we won’t have a repetition of frivolous, harmful and destructive decisions of the recent past,” he said.

But the deputies were not to be silenced.

Main opposition party AKEL leader Andros Kyprianou said they had asked the government repeatedly to protect primary residences by law but their pleas fell on deaf ears. “The government acts once again in an indifferent, arrogant and irresponsible way. Our intention isn’t to cause trouble but to resolve this issue in a way to protect poor people. To make sure they have a roof over their heads,” he said.

“They are trying to blackmail MPs by saying that we either vote for the government’s plans or we are heading for bankruptcy”.

Kyprianou accused the government of deliberately waiting until the last minute to introduce a bill so the House can’t react to it. They would be given only until Thursday to present it, he said.

DIKO leader Nicolas Papadopoulos said that his party was all for protecting primary residences “but not palaces”. The party would consider proposals by all sides and then decide. DIKO agreed with protecting people who were genuinely suffering but not ready to allow abuse by people who just wanted to get out of paying their debts.

EDEK MP Nicos Nicolaides said that his party’s stance was that the bill should be voted by the plenum, criticising the government for attacking it. “They have demonised a bill that aims to protect poor home owners, saying in short that it will destroy the economy,” Nicoalaides said, adding that the government was lying when they say that they would protect primary residences. “How will they accomplish that, since they have already promised the troika that they won’t oppose repossessing houses?” he said.

But ruling DISY – which will vote against the bill irrespective – said it was not. Party leader Averof Neophytou said he believed the other parties would come to their senses.

“Hasty actions could have completely the opposite result,” he said. Neophytou said all MPs should bear in mind that if they vote in favour of some people not paying their loans, this move would burden others. “I don’t think it’s the intention of any MP, regardless of political affiliation, to trigger an additional deposit haircut,” he said.

We have heard from two reliable sources that the Bank of Cyprus and a well-known property developer based in Paphos have mutually agreed for the bank to foreclose on a number of mortgages it granted for projects the company has built at Konia.