One in four construction firms bankrupt 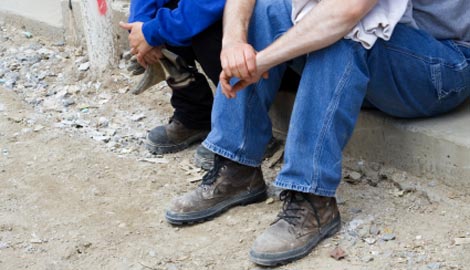 CONSTRUCTION firms are facing severe problems as the industry is collapsing under the massive pressure caused by the financial crisis according to a report in today’s Cyprus Weekly.

According to the report, the Registrar of Companies says one in four constructors are going bankrupt, while liquidators are busy at work.

Companies are seeing their property auctioned off as repossessions spike, although finding buyers has proven to be a difficult task.

Repossessed properties are not only coming from liquidated companies but also from buyers who were left stranded after property developers were unable to repay their loans. Buyers who paid part or the entire amount for a home and were expecting the Title Deeds are now effectively faced with having to pay for their property a second time.

Registrar Chris Iacovides said the problem is that companies have gone bust but their property was used as a guarantee.

An imploding construction sector is causing deep concern due to its contribution to the economy, and its collapse would have a domino effect.