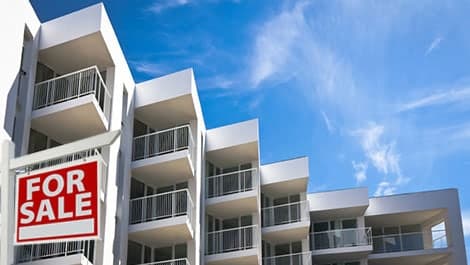 ALTHOUGH numerous reports about an out of court settlement reached between a bank in Cyprus and a group alleging they were mis-sold Swiss Franc loans to purchase property on the island have appeared in the British and Cyprus press, no details of the settlement have been reported.

However, another UK-based group representing almost 500 home purchasers in the same predicament has provided an insight into the agreement they have reached with a major banking institution in Cyprus.

Two of the founding members of the Swiss Franc Mortgage Campaign are continuing to represent clients seeking a solution to financial difficulties arising from Swiss Franc loans.

The campaign was started more than three years ago by a handful of British property buyers who were advised to purchase their properties with the aid of Swiss Franc loans. They were not warned at the time of the pitfalls in borrowing in a foreign currency; specifically the risk of currency exchange rate fluctuation in times of economic uncertainty.

Most of them also provided Powers of Attorneys to their lawyers or agents that were certified against the Cyprus legislative provisions. Their lawyers/agents acting on such Power of Attorney signed all necessary documents for the execution of the loan without being warned of the risk involved in Swiss Franc loans.

As the strength of the Swiss Franc rapidly grew buyers saw their monthly loan repayments increase substantially some to a point where they could no longer keep up with payments. This has put people under immense financial strain and sadly, in some cases, people have lost their Cypriot dream homes with the added fear of their debts being pursued and enforced in the United Kingdom.

Whereas the original group started with a handful of members it has now grown into the hundreds most, but not all, are British citizens. The group is run by Lyn Clifford Hill, a former Senior Civil Servant and Chris Blythe, a Chartered Accountant. Both Lyn and Chris bought property in Cyprus in 2006.

There are a number of groups seeking to take action in relation to the financial harm resulting from Swiss Franc loans; some are seeking to cancel all agreements based on a number of grounds including the above mentioned breach in the Power of Attorney procedures.

The Hill & Blythe group has distinguished itself from most other groups in that their aims and objectives are not to hand in their keys and ‘walk away’ from their obligations. They love Cyprus, the lifestyle, the people and want to keep their properties and pay off their loans.

The group has therefore been seeking compensation for the economic losses of the past and looking for safety and security for the future. In particular they want to continue their lives without the stress and constant uncertainty of how much they need to pay on their loans.

If at all possible they also want to avoid the substantial legal costs associated with litigation and, of course, the risks and uncertainty of what would result from such action. In this regard the group has recently achieved a major breakthrough. It has reached an amicable solution and formulated an agreement with a major banking institution in Cyprus.

In recognition of the continuing global economic crisis and the negative impact this has had on individual buyers, the institution has agreed to offer a range of solutions such as discounting a significant amount of the current CHF loan balance and refinancing through a new loan in either Sterling or Euros. Alternatively, in return for full settlement of the loan, an increased discount is being offered.

The group has also secured important legal protection for the future in the form bank waivers.

Hundreds of settlement offers have already been accepted and settlement agreements have been signed and others are now being rapidly processed.

Looking to the future Hill & Blythe Associates is in a strong position of being able to assist others who have the same financial difficulties. Their fee structure is straightforward and easy to understand. Unlike some other groups:

Instead Hill & Blythe Associates charge a simple and affordable flat fee for their work which can be paid by instalments.