Home Articles Cheap as chips or curry and chips?
Articles

Cheap as chips or curry and chips? 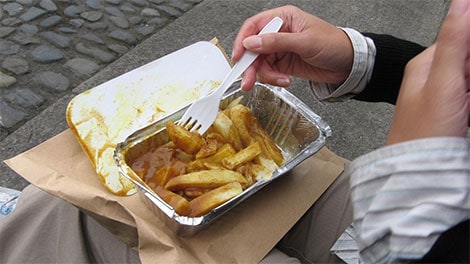 IF YOU’RE not British or Irish, I am not sure whether you would have had the chance to ‘experience’ curry and chips. Curry and chips is not some Indian delight, nor is it meant to be gourmet. This is the sort of thing you might eat while you’re stumbling home after a (long) night at the pub.

Over the past six months Cyprus has begun attracting considerable positive comments and interest from both international bodies and overseas investors.

One year after the bail-in and following four positive assessments by the Troika, the Cyprus government recently issued a €750m bond, which matures in June 2019, priced at a yield of 4.85%. Although this is currently the highest yield of any sovereign-issued five-year maturity in the Eurozone, it is a ridiculously low yield by any measure. According to the Financial Times, fund managers accounted for about half of subscriptions, with 22% coming from banks and private banks and 27% from hedge funds, according to bankers working on the deal.

On the back of this issuance, Bank of Cyprus’ board is debating what amount of money to raise by issuing more shares (a minimum of €500m to a maximum €1bn is muted). This is the same bank that did the bail-in last year. The issue here is that the same people, who had their deposits converted into shares, now have to make a decision as to how much they are going to get diluted. Lovely.

Recent commercial real estate transactions have been at initial yields in the 6.0% to 6.7% range, whilst hotel transactions have been at higher multiples than one would expect for a country that is going through a recession; let alone the country where the bail-in experiment was first carried out in. A recent transaction to a Russian company of a sizeable development site in Larnaca and a smaller transaction of a commercial site in Limassol to Lebanese investors are signs that we are now past the stage of investors looking at Cyprus and progressively more towards them taking positions.

On the back of this vigour there are continuous government announcements and news-stories about Middle Eastern, European, and even US investors looking at various projects on the island. These include multi billion euro developments of tourism and leisure projects, infrastructure investments around natural gas, casino resorts, Chinese buying residency status or naturalisation, privatisations of state-owned companies, and the development of skyscrapers. At this rate, this shouldn’t be called a crisis but an investment bonanza.

My view is that Cyprus is the curry and chips after a long night at the pub. Cyprus is lucky to have entered the crisis last and at a point where the US and Western European economies have stabilised from the post 2008 turbulence. The UK economy is growing at its fastest rate in five years and money is sloshing around trying to find any form of income return. The stock market is riding high, bond yields are record low, and asset prices around the world are booming again – London house prices surged 18.7pc in the 12 months to April.

Three years ago Cyprus would have been in the same position as Ireland and Greece, whilst now it’s looking good compared to where everyone else is. The banks’ recapitalisation, the bond issuances, and the privatisations to follow are a fund manager’s have; where else are they going to put their money and what will people say if they don’t jump on-board the ‘European recovery train’ that is sweeping across the West-end (but not European economies).

As often recorded, the main bane of Cyprus banks are their real estate loan books especially those to developers. Two issues:

(1) Banks are refusing to allow developers to transfer title deeds to property buyers because the developer still owes them money (Note: the developer, not the buyer). They do that in order to squeeze more money from the buyers, by effectively holding them ransom by threatening them that they will bankrupt the developer if they don’t contribute to pay his debt. By taking this action banks aggravate property buyers, who are also their clients for mortgage loans, who often walk away from the property leaving the bank with another non-performing loan (and litigation costs).

(2) Many of the loans are against sizeable development sites, including proposed golf courses, marinas, mixed-use developments, etc. Banks provided loans against the collateral value of the asset without ensuring that this money was used to develop that specific asset. Thus, a developer raised money against a proposed golf development but invested it in other projects. In order for these sizeable developments to move ahead so that banks have a chance of monetising them at an agreeable price (as they stand any investor would not pay more than 20-25% of book value), they need to support the developer’s to execute them, provide them with additional funding, and provide mortgages to end buyers. Can banks think in such a commercial manner? Unlikely.

Asset price inflation is likely to continue across Europe, with Cyprus benefiting from it. It’s not hard to be bullish about Cyprus, although the fundamentals don’t really stack-up. Cypriots are unlikely to see any real benefit, as the economy is now leaner and companies are able to support any increase in activity with their existing stuff.

It will be quite a long time until unemployment is reduced and prices rise, which in turn will fuel consumption and the progressive repayment of household debt.