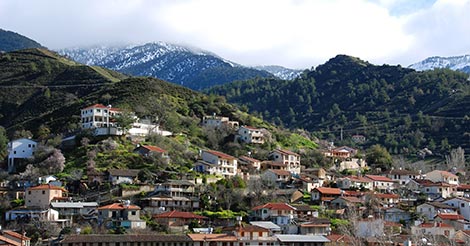 A BILL exempting property valued up to €200,000 from immovable property tax (IPT) was approved by the Cabinet yesterday.

Speaking to the press after the session, deputy government spokesman Viktoras Papadopoulos said that for all other properties, valued in excess of €200,000, the tax levy would be reduced to 0.1 per cent.

Current legislation calculated property tax using 1980 valuations, levying a tiered tax from 6 to 19 per cent, depending on value brackets. Revised property values to reflect 2013 prices have now been established, meaning the government can afford to adjust tax brackets accordingly.

“Previous legislation exempted 40 per cent of property owners, whereas this year 54 per cent will be exempted,” Papadopoulos said.

“Following the updating of the total tax base and the valuation of all properties with 2013 prices, the government can drastically reduce tax coefficients and increase tax-exemption brackets without impacting revenue targets relative to 2013,” he added.

“For this reason, the Council of Ministers approved a bill proposing the exemption of property valued up to €200,000 from property tax. For all other properties, valued in excess of €200,000, the tax coefficient applicable is reduced to 0.1 per cent.”

Papadopoulos added that “in the same spirit, the Council of Ministers approved a bill amending the Municipalities Law, so that municipalities can afford to adjust the tax coefficient on municipal fees for immovable property from 0.15 per cent to 0.022 per cent, in order to fall in line with the Land Registry’s 2013 prices.”

Asked to explain how the tax base had been broadened, he said updating values and prices and recording all properties that had not been registered – and thus were not taxed – will now be subject to taxation.

“Therefore, the tax base can now be broadened, and the tax-exempt base can also be broadened – from 40 per cent to 54 per cent,” he said.