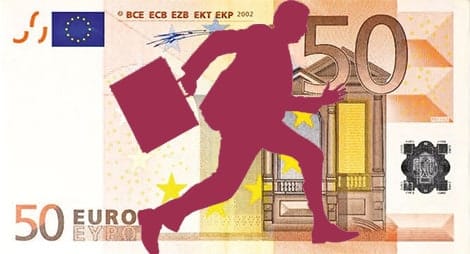 THERE IS strong evidence to support claims that a Famagusta-based property developer has made false declarations to the Cyprus Inland Revenue Department in efforts to get his clients, who have yet to receive their Title Deeds, to pay Immovable Property Tax.

According to this letter from the tax department headquarters in Nicosia, in situations where properties has been developed and sold but the relevant Title Deeds have not been issued or in cases where Title Deeds have been issued but not transferred to purchasers, the owners (developers) should submit a declaration to the Director of Taxation before 25 August 2014 identifying all sales contracts that were in place on 1 January 2014.

(The Tax Department prepared a special on-line form for this purpose – Form ?.?.317 2014 to be completed and submitted electronically.)

However, the letter goes on to say that in cases where the owner is a company in liquidation and in other cases where the delay in issuing Title Deeds is ‘the fault of the owner’, the requirement to complete the Form ?.?.317 2014 does not apply.

A couple who bought a property built by a Famagusta-based developer twelve years ago wrote to me enclosing a copy of an IPT notice they had received from the Inland Revenue. The couple have been waiting for the Title Deed to the property, which they purchased (resale) more than nine years ago. Having investigated the situation they discovered that a Title Deed cannot be issued as the developer has failed to complete building the pavements, paths and roads.

In this case it’s obvious that the developer has made a false tax declaration as the responsibility for the delay in issuing deeds is clearly his fault.

As providing false data or information is considered a criminal offence subject to the provisions of Article 20 of the Immovable Property Law No.24 of 1980, this developer could face prosecution.

(In the US for example, tax evasion is punishable by five years imprisonment and a $250,000 fine.)

This developer has also managed to extract significant amounts of money from his clients by persuading them to pay the penalty payments imposed by the Inland Revenue on his company for failing to pay Immovable Property Tax by the due dates.

Anyone receiving an IPT notice from the Inland Revenue who does not have the Title Deeds to the property they purchased needs to find what is causing the delay.

A Land Registry search will highlight mortgages and any other claims preventing the transfer of title and enquiries at the local Planning Office will uncover any planning issues preventing their issue – both of which will be ‘the fault of the owner’ (unless, in the latter case, the purchaser has made unauthorised changes to the property.)

If the delay in issuing Title Deeds to the property you purchased is ‘the fault of the owner’, I advise you to write to the Inland Revenue advising them accordingly so that they may deal with the reprobate.

The letter from the tax department also calls on those who have purchased property and who have yet to receive their Title Deeds to settle their IPT obligations. The Inland Revenue has prepared a form for this purpose – Form 318 2014 (English & Greek)

Scammers in Paphos claiming to be middlemen of major developers have taken money from a Chinese woman who subsequently discovered that the land she had paid for did not belong to the seller.
Read more
Property Scams

People selling property in Cyprus are being targeted by fraudsters claiming to be from a company called 'Prime Consortium' who are trying to obtain their bank account details in return for a 10 per cent deposit.
Read more