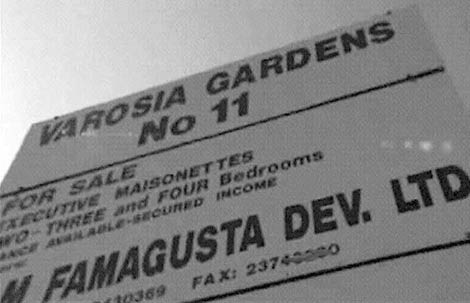 Kyprianou, the owner of Famagusta Developers, was sentenced to two years imprisonment in March after being found guilty in a fraud case involving the double-selling of a maisonette near Paralimni lake in late 2006.

According to the Police, the court also imposed a fine of €6,000 on the company Famagusta Developers, which is in liquidation.

The offences were committed between 2006 and 2009 which were investigated by the police following numerous complaints from Cypriots and foreigners who were duped.

The company’s office in Protaras was targeted by bombers twice in less than five months in 2010 and 2011.

In late 2011, an order was issued for the winding up of the company after it was deemed “unable to pay its debts” by the Famagusta District Court.

Kyprianou spent most of the 1990s in prison for fraud offences after his company, Kyprianou Estates, which operated throughout the 1980s, was reported for selling the same property twice.

He fled the island before the police investigation was complete but was arrested in Germany and extradited to Cyprus where he was jailed. He was released in 2000 and later went on to set up Famagusta Developers.