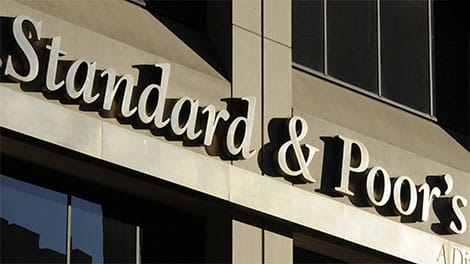 “The upgrade reflects our view that Cyprus’ economic and budgetary performance has been more positive than we expected over the past six months. The government’s commitment to significant fiscal, financial sector, and structural reforms, along with assistance from its European partners in improving its debt profile, has supported this improved performance. We also view Cyprus’ economic performance as stemming from its relatively flexible labor and product markets, its resilient services sector, and its relatively low tax burden, all of which pre-date the economic crisis. Cyprus’ economic performance has been accompanied by a smaller drop in consumption than we anticipated, which we believe is partly linked to a general loss of confidence in Cyprus’ banks.”

Referring to the Cyprus economic adjustment program, S&P noted that:

“Cyprus has, in our view, complied with its economic adjustment program, which is financed by the ESM and IMF. We believe that the program should remain on track even if there are disbursement delays by its official lenders.”

However, it went on to warn that:

“The forecast for domestic demand remains uncertain and presents a risk to public finances. Rapid private-sector deleveraging is underway, with credit growth in households and corporates contracting by over 9% in 2013 and an average of over 8% so far in 2014. High levels of strategic defaults by households on mortgage obligations, however, indicate that 2014’s stronger-than-expected consumption levels may only be temporary.

“In addition, the asset quality of Cyprus’ banks continues to decline despite banking sector restructuring. Nonperforming loans (NPLs) were at an estimated 53% in August 2014, the highest in the EU, compared with 46% at the end of 2013. High levels of NPLs also reflect the government’s decision not to create a “bad bank” (which would likely involve government backing).”

Commenting on its outlook, S&P said that:

“The outlook on the long-term rating is stable, balancing our view of Cyprus’ progress in economic and budgetary adjustments against outstanding challenges in the financial sector, in particular the deterioration in banks’ asset quality and removal of cross-border capital controls.

“We could raise the ratings if the financial sector stabilizes, notably if asset quality improves and economic reforms continue such that growth prospects significantly improve; if budget deficits over 2015-2017 decline more than we currently forecast; or if all capital controls are eliminated.

“We could lower the ratings if financial sector stability comes under renewed significant pressure, for example if the deterioration in banks’ asset quality remains unaddressed, if the government seems unable to fulfil ESM/IMF program conditions, or if budgetary performance worsens materially from our current expectations.”