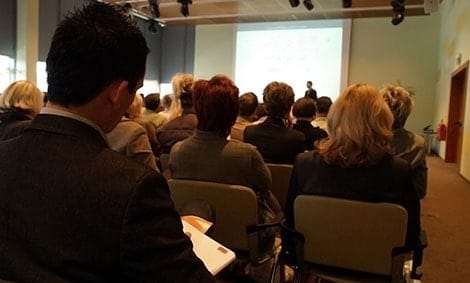 ACCORDING to Nigel Howarth, a Limassol based property advisor, who offers independent information and advice for Cyprus homebuyers and property investors, the lecture will focus on the efforts being made by the authorities to accelerate the issuance of title deeds and complications that have arisen as a result of the island’s economic crisis.

He said that along with disgruntled purchasers, the president of the Cyprus real estate agents’ association, Solomon Kourouklides, would be attending.

The lecture will be given by Andreas Symeou – a former senior officer with the Department of Lands and Surveys and is entitled, ‘The Title Deeds Problem: Efforts for accelerating their issuing and complications because of the economic crisis.’

The lecture will be followed by an open discussion on the issues faced by many in obtaining the deeds pertaining to property they purchased in Cyprus and how these may best be addressed.

Attendees will be asked to complete confidential questionnaires on their particular problems so that proposals to resolve them can be put to the authorities.

The questionnaire will cover a number of points including, what type of property was bought, the year the contract of sale was signed, if it’s a new or re-sale property, is there a title deed for the property and is it a clear title, as well as the reasons for it not being transferred into the purchasers name.

Howarth said that there were many outstanding issues and added that he believes ‘hidden mortgages’ are the key issue that the government must address.

“A number of property development companies have already gone into liquidation as a result of the economic meltdown and collapse of the property market. Liquidators, acting on behalf of the banks, have ‘requested’ those who have purchased property from those developers to pay a ‘contribution’ towards repaying the developer’s debt,” he said.

He added that one of island’s banks was being particularly aggressive and had approached purchasers directly demanding money in exchange for a waiver (release) from any claim that the bank has on the property.

Howarth said he believes this practice is ‘legalised extortion’.

“These people have already paid for their homes in full and the problem is totally due to the banks’ mismanagement; why should these people be expected to pay for the banks’ incompetence in running their businesses?

“While opposition parties play political games in parliament by delaying the implementation of the long-awaited foreclosures law, the banks are trying to grab every penny they can get from these vulnerable people.”

The lecture and discussion will take place on December 4 at the Technopolis 20 Cultural Centre in Paphos.

Delays in finding a consultant to carry out a study into the Kissonerga marina and cruise ship docking facility construction is scuppering plans to develop the wider area according to community leader.
Read more
Legal Matters