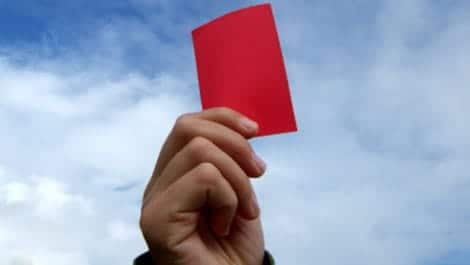 THE MAJORITY of parliamentary parties decided on Monday to press ahead with two bills suspending the entry into force of repossessions-related legislation – but crucially omitted to fix a date for their move.

DIKO MP and House finance committee chairman Nicolas Papadopoulos confirmed the two items would be forwarded to the House plenary for a vote.

But the parties will hold back until after the finance minister has ‘informed’ them as to when the so-called insolvency framework is to be presented to them, he said.

Papadopoulos has written to the finance minister requesting that information.

“Pending the minister’s explanations, the House finance committee will then decide on the date of forwarding the bills to the plenum,” the DIKO leader told reporters.

Two parties, AKEL and EDEK, have submitted bills, the first to suspend implementation of the foreclosures law until July next year, the second to suspend it until the beginning of the year.

It’s understood that a possible suspension of foreclosures legislation in the first half of this month would have complicated the release of the next bailout tranche from international creditors.

Omitting to set a date for a vote on the two contentious bills likely means that no such vote will take place prior to the disbursement of the next aid tranche – due by December 15. At around that time parliament will instead be busy reviewing and voting on the 2015 budget.

In effect, the parties’ decision on Monday seems to have given the administration a free pass by de-linking the aid tranche to the timeline of the so-called insolvency legislation package.

Whereas come the New Year opposition parties may yet move to delay enforcement of the foreclosures law – thus maintaining a semblance of consistency in the eyes of the public – it would be immaterial as far as the bailout tranche goes.

Opposition parties want to suspend the foreclosures law, arguing that as it stands borrowers are left without a safety net. That safety net is the insolvency framework – comprising six bills – the effort being to protect people unable to keep up with mortgage payments because of the downturn and not those who deliberately failed to do so.

The parties’ insistence appears counter-intuitive, given that repossessions of primary residences will not be enforced before the beginning of 2015 when the insolvency framework comes into force.

Papadopoulos however stuck to his mantra that, as long as insolvency legislation is absent, the system is gamed in the banks’ favour, leaving delinquent borrowers at the mercy of lenders.

“They [banks] are already threatening borrowers with mass foreclosures, wanting to pre-empt the enactment of the insolvency framework,” he said.

Back in October eurozone finance ministers endorsed in principle the disbursement of the next aid tranche, finding that Nicosia has amended laws on foreclosures and forced sales of mortgaged property in line with a deal with its international creditors.

But the Eurogroup also added that the payout would be recommended “so long as this situation remained unchanged.”