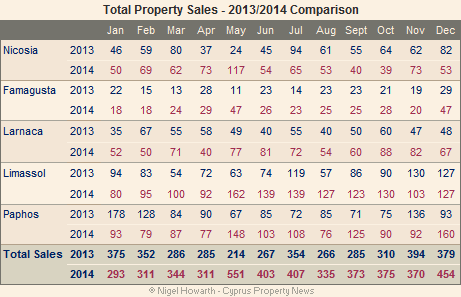 However, this increase was totally attributable to domestic sales which rose by more than a third compared to December 2013, while sales to the overseas market faltered and fell by 14 per cent.

Sales to the domestic market rose sharply, increasing 34 per cent compared to December 2013.

Although sales in the capital Nicosia fell (-26%), they improved in all other districts. Paphos headed the field with an 82% increase in sales, followed by Limassol (+13%) and Larnaca (+7%) and in Famagusta, where no sales were achieved in December 2013, 43 properties were sold. 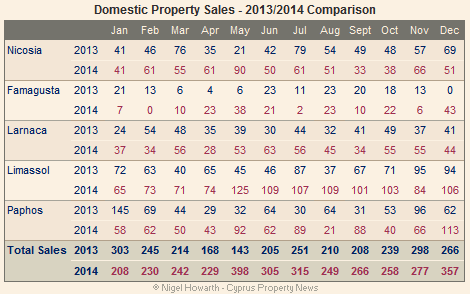 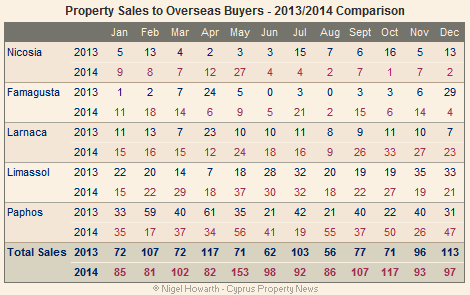