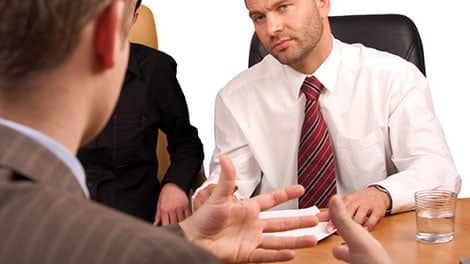 BANKS AND cooperative credit institutions do not follow the Central Bank of Cyprus’ (CBC) Code of Conduct in restructuring loans, and all borrowers are urged to take their case to court, the Borrowers’ Association head Costas Melas said on Friday.

The news conference, Melas said, was organised to help explain the Borrowers’ Association’s December 12 decision to urge borrowers to claim their rights in court.

Melas called on the CBC to take immediate measures for the code’s implementation, and announced the creation of a team of financial consultants that will “see borrowers at no charge, advising them of the type of restructuring they are truly entitled to, and inform them of banks’ obligations, as well as the actions required to safeguard their own rights.

“For those who wish to resort to the courts, documents and templates will be posted on every associations’ websites, which will help borrowers file their own court cases against banks and co-ops, or defend themselves in court,” Melas said.

As they are done today, the association’s head said, restructurings result in driving borrowers having to sign new agreements, through which banks and co-ops secure multiple benefits for themselves, like the borrower’s acknowledgment of the alleged amount due, which may include significant overcharges and requests for additional collateral.

“Banks and co-operatives treat borrowers unfairly, misleading them into signing whatever they suggest through unfounded lies, duress, threats and blackmail,” said Melas.

He warned that co-ops trick borrowers into arbitrations, which they misrepresent as loan restructurings, explaining that borrowers who accept arbitrations in fact acknowledge the alleged amount due, which typically includes overcharges.

“The arbitration decision then gets filed as a regular court decision, which entitles the bank to its immediate execution and the foreclosure of the collateral, thus depriving borrowers of their most important constitutional right – the right to a fair trial,” Melas explained.

He argued that it is unfair and illegal for banks to demand the repayment of loans granted with bank bonds – the value of which has been eliminated – as collateral, especially when their sale to private investors was deemed illegal by the CBC, the Cyprus Securities and Exchange Commission, and the House of Representatives.

“All the more so, since the elimination of the bonds’ value was owed to the banks themselves,” he added.

Banks have expressed concerns over possible changes to the foreclosures law as they fear appeals could be stuck in the island's slow courts for many years negatively impacting their business.
Read more
Title Deeds

Developers who didn't follow the rules are giving the banks headaches as a number of repossessed properties and homes without Title Deeds are now re-entering the property market.
Read more
Non-Performing Loans

Banks in Cyprus have acquired more than 14,000 properties from households and businesses through foreclosures and debt-to-assets swaps according to a report in the Phileleftheros.
Read more