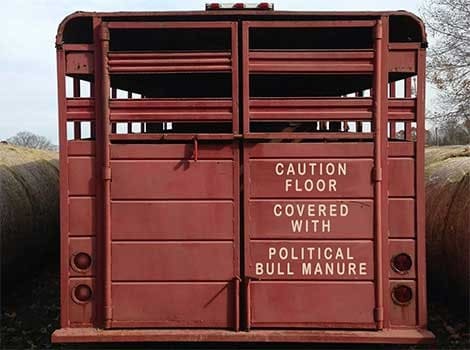 TENSIONS over the foreclosures bill rose on Friday when opposition parties slammed Bank of Cyprus CEO John Hourican over comments he made in a leaked internal email criticising the “bemusing politicisation of the insolvency law”.

Apart from the snippets published by Sigmalive when the email was leaked on Thursday in which Hourican called out Cypriot politicians, suggesting that some at least were playing a double game on the controversial issue of foreclosures, the email – seen by the Cyprus Mail on Friday – also reveals that the bank has restructured more than half of the housing NPLs held by unemployed people.

And although a bank source, speaking on condition of anonymity, said they could not respond officially to a leaked internal document, the Bank of Cyprus had already restructured 57 per cent of non-performing housing loans to retail clients while in the case of unemployed clients, the respective rate was 51 per cent, the source said.

The source didn’t rule out that the parties’ reactions might be related to the “loss of [political] control” over the BoC board, which was changed last November.

Hourican’s email had said: “To the extent that some politicians are, indeed, pretending to be protecting the more vulnerable in society against the ‘bad banks’ when really they are protecting the larger businesses in Cyprus, this is a scandal.”

Hourican went on to describe the bank’s policy in dealing with mortgaged properties: “You are also right that the prospect of mass foreclosures of small homes and apartments makes no financial sense to us. We need to start pointing this out so that it starts to be better understood.

“But do remember that we have a clear ‘no quarters’ policy on the big spenders who will have to start recognising that they took big obligations and they need to honour them.”

The BoC CEO said the bank had “come a long-long way towards restructuring /dealing with the big loans that the press was calling ‘the big thirty‘”.

“But from the negotiations, as they appear now, it’s clear to me that the delays in the foreclosures law and the bemusing politicisation of the insolvency law are hurting the process. I completely agree with XXXXX that the political comments about ‘mass foreclosures’ are absurd. XXXX needs to start explaining the numbers more forcefully to them in hope that they will understand that such a possibility is a product of their imagination,” read the email seen by the Cyprus Mail.

Hourican says numbers showed the way in which the current situation was serving two categories of borrowers: “the very large ones in recoveries and the strategic defaulters who refuse to pay because they do not feel they have to.

“I understand the argument made ??in the discussion that some politicians do not want to understand that ‘mass foreclosures’ are out of the question because they have ulterior/electoral politics and they actively want to hurt the bank. But we have come a long way and I do not think we can function on such a premise. Explain the numbers and I am optimistic that they will understand even if it does hurt their personal agenda,” the email said.

The parties laid in to Hourican after Sigmalive had published its article on Thursday based on the snippets posted from the leaked email.

Opposition AKEL spokesman Giorgos Loucaides said on Friday that Hourican, and banks in general needed to be more careful before criticising the attitude of the political parties “not only because the banks are solely responsible for the collapse of the economy… but because throughout the issue of foreclosures, Mr Hourican seems to forget that while banks publicly proclaim that their goal is not to target small borrowers, they continue to disagree with any initiatives we undertook to protect the same small borrowers.”

DIKO said that assurances from Hourican that the bank was not interested in going after homeowners and small borrowers could not be relied on whereas the mission of the party was to “protect the public and particularly those who have paid dearly for the mismanagement of the banking system”.

“Mr Hourican needs to clarify what he means because so far, the reluctance to substantially restructure loans, shows no evidence that banks are working in the direction of supporting the real economy,” it added.

Responding to comments by EDEK deputy chairman Marinos Sizopoulos who alleged the lender was “terrorising borrowers” ahead of the impending implementation of the foreclosures law, the BoC source said the bank sends letters to customers not servicing their loans because the bank is “obliged” to do so by regulations.

“Letters have nothing to do with foreclosures, but inform people about arrears and open up the restructuring procedure which is our first priority with smaller clients,” the Bank of Cyprus official said.

Sizopoulos also said in his statement: “Does Mr Hourican realise or not that the banks recapitalised at the expense of depositors and old shareholders?”. He called on the BoC CEO to clarify whether the bank planned to package and sell bad loans to a third party. He also questioned how much time Irish-banker Hourican “spends in Cyprus in order to understand the problems in the economy”.

The Green Party and Citizens Alliance also weighed in. The latter said it had repeatedly called for borrowers to be separated into categories; big and small borrowers. The banks should then look at those in terms of who can pay but won’t, “who have taken advantage of the system,” and those who genuinely cannot meet their repayments.

It asked that BoC provide information on the formula being used for restructuring loans in the latter case and how much interest was being charged in those instances.

“We expect the BoC to inform us whether the Central Bank’s Code of Conduct facilitates or hinders their work and what suggestions they have in this regard,” the party added.

There have been a number of reports from borrowers associations that the banks are not only slow to restructure loans but often do not even respond to borrowers who ask.

The Green Party said it was ready to remove its opposition to the foreclosures law if the BoC immediately reduces interest rates to the levels of other European countries, removes unfair and punitive clauses in loan agreements, and agree to come under the provisions of the criminal code for usury.

“But because none of them will do these things we will continue to insist on the implementation of an efficient insolvency framework that will protect citizens against the wolves,” the party said.

Interestingly, not one of the politicians lambasting John Hourican rejected his assertion that politicians are protecting the larger businesses in Cyprus.

Just the usual political buffoonery that we’ve come to expect from them!

Banks have expressed concerns over possible changes to the foreclosures law as they fear appeals could be stuck in the island's slow courts for many years negatively impacting their business.
Read more
Title Deeds

Developers who didn't follow the rules are giving the banks headaches as a number of repossessed properties and homes without Title Deeds are now re-entering the property market.
Read more
Non-Performing Loans

Banks in Cyprus have acquired more than 14,000 properties from households and businesses through foreclosures and debt-to-assets swaps according to a report in the Phileleftheros.
Read more