Foreclosures hurdle must be overcome 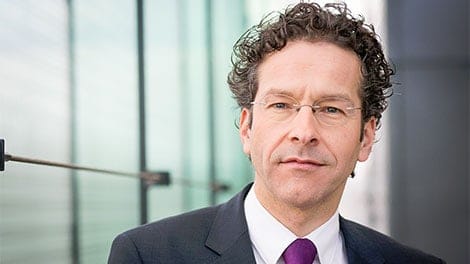 EUROGROUP president Jeroen Dijsselbloem, who chaired yesterday’s Eurogroup meeting, said that the suspension of the foreclosures law by opposition parties was a hurdle to the Cyprus bailout programme.

“The foreclosure framework is the hurdle right now. This framework is needed to let banks clean their balance sheets and get back to their core business of lending money to the economy, given the very high ratio of non-performing loans. So this is an important element in the economic recovery program for Cyprus,” he said.

Adding that “If and only if this hurdle can be overcome, the program can be brought back on track. This is why we call on all involved Cypriot decision-makers to implement this framework as soon as possible.”

Echoing Mr Dijsselbloem remarks, Economic and Financial Affairs Commissioner Pierre Moscovici called for the law to be implemented without any further delay.

“I would also like to underline the importance of the authorities implementing without any further delay the Foreclosure Law, which has been suspended again recently by the Cypriot Parliament. This is an essential step towards addressing the problem of non-performing loans, which is the main challenge for the Cypriot economy at this time.

“So on behalf of the Commission also, I would like to strongly urge all actors in Cyprus to put an end to this uncertainty and to clear the way for a sustainable improvement in the health of the financial sector in Cyprus, which is the only way to steer Cyprus back towards jobs and growth,” he said.

Opposition parties, which have a majority in Parliament, have suspended the implementation of the foreclosures law until 31st March claiming that in doing so they are protecting ‘vulnerable groups’ until the insolvency framework is in place.

But many have questioned their motives suggesting that they are protecting big borrowers, mostly developers, and not ‘vulnerable groups’ as they claim.

Their motives were further questioned over the weekend by an article in the Greek-language newspaper Politis, which reported that 30 big debtors from 45 companies had non-performing loans amounting to €5.26 billion with the Bank of Cyprus; half of all the non-performing loans held by the bank.

In December, Cyprus Finance Minister Harris Georgiades said that the suspension of the foreclosures law “critically undermines our country’s credibility,” calling it “an unnecessary and unjustified act.”

Reacting to the suspension, the Troika of international lenders suspended the bailout programme until Cyprus complies with the terms it had agreed in the Memorandum of Understanding (MoU).