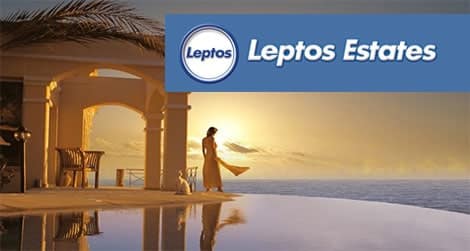 BANK of Cyprus (BoC) reached an agreement with Leptos Estates, one of the island’s biggest developers, to restructure a loan worth several hundred million euros, the governor of the Central Bank of Cyprus said.

“Following many months of consultations with the customer and an in-depth analysis of the group’s financial situation and prospects, Bank of Cyprus reached a restructuring agreement in principle, subject to approval by the board of directors,” governor Chrystalla Georghadji said in a letter to Green party lawmaker Giorgos Perdikis dated March 20, 2015.

“Taking into account the insufficient collateral and the absence of floating charges, under the circumstances, we deem the restructuring offer satisfactory and just,” she said. “Note that the valuation of property collateral was carried out on the basis of existing residential zones with a building coefficient of up to 60 per cent”.

In a letter to the governor dated January 16, Perdikis said the value of the company’s non-performing loan, with which Leptos financed the construction of the Neapolis project in Yeroskipou, in Paphos, is €580m.

A floating charge is a security that has an underlying asset or group of assets which is subject to change in quantity and value.

A source familiar with the situation who spoke on condition of anonymity said that the outstanding amount was now less than what is reported as the company “made some payments a year ago”. No other details were provided.

Board approval is still pending, the source said.