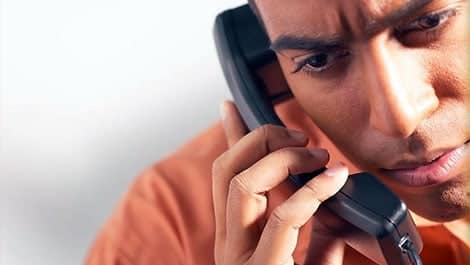 THE EUROPEAN Party (EVROKO) has set up a telephone helpline which the public can call for information about the new insolvency laws.

Members of the public can call the party’s main line, 22 460033, ask a question and leave their number. The query will be directed to a team of experts, who will then get back to the caller.

The service is already up and running. The number may be reached during normal office hours, from the morning until 5.30pm.

Announcing the helpline on Tuesday, EVROKO chairman Demetris Syllouris said its aim is to help citizens learn about their rights under the new insolvency legislation and “deal with the dangers facing them.”

The information provided will mainly focus on borrowers’ options and rights under the insolvency framework, debt restructuring, the rights of debt guarantors, loans taken out in foreign currencies, excessive bank charges and the possibility of writing off these charges.

“The insolvency framework, as it was voted, converts the borrower into the weak link in the chain, it is weighted in the banks’ favour, it is not the safety net that we envisaged,” Syllouris said.

With the current laws, he added, “borrowers’ disputes with the banks will not be resolved, but rather will end up in court, with the cost burdening the citizens.”

“We are standing by the citizens to help them understand what they have to lose and what to gain from the laws of the insolvency framework.”

EVROKO spokesman Michalis Giorgallas told the Cyprus Mail that queries should typically take less than 24 hours to be answered.

The team of eight experts comprises economists and accountants.

And according to Giorgallas, the experts have been given strict instructions to provide callers with information only – such as which department or agency to contact to deal with an issue – and not advice.

The insolvency framework – a set of laws governing personal and corporate bankruptcy – was passed by parliament last month, but not before the parties had tinkered heavily with its clauses.

The framework passed with the 33 votes of ruling DISY, as well as DIKO and EDEK.

EVROKO was among the parties who voted against.